We are gaining against TB but knowledge gaps remain 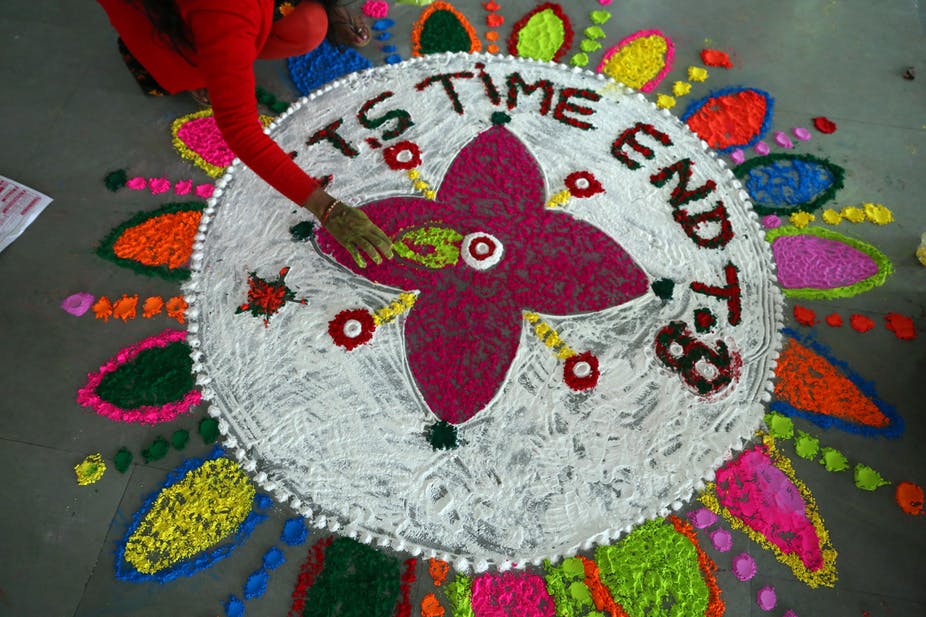 Important gains have been made in the global fight against tuberculosis (TB). Each year, fewer people are being diagnosed with the disease. The recent World Health Organisation (WHO) global TB report, which gathers data from 202 countries and territories, shows a 6.3% reduction in the number of new TB infections between 2015 and 2018. This trend of decreasing incidence is also evident in Africa, where it fell from 275 per 100 000 people in 2015 to 231 per 100 000 in 2018.

But this improvement is still not enough to achieve the United Nations’ goal of ending TB by 2030. Worldwide, TB remains the leading cause of death from a single infectious agent. Despite excellent vaccine coverage in endemic areas and the wide availability of effective drug treatment, around 10 million people still fell ill with TB in 2018 and 1.4 million people died from it.

Africa stills bears the brunt of the TB epidemic, accounting for over 24% of all TB cases. Central African Republic, Lesotho, Mozambique, Namibia and South Africa all have a TB incidence of over 500 per 100 000 population – among the highest in the world.

TB is a highly complex global health problem that can only be solved through political will, global collaboration and increased investment in TB research.

There are a number of risk factors known to increase TB incidence. These include HIV infection, smoking, alcohol abuse, old age and the mounting problem of diabetes.

In southern Africa, HIV far outweighs other contributing factors. The latest figures show that around 85% of all HIV-related deaths from TB occurred in Africa. And the TB and HIV epidemics are so closely linked that researchers refer to them as a syndemic. People with HIV are at least 10 times more likely to develop TB. The reasons for this are still not entirely understood. But this is, in part, because HIV targets CD4 T cells, which are key immune cells needed to fight TB.

The good news is that since 2000, globally there has been a 60% reduction in deaths from TB of people co-infected with HIV, falling from an estimated 620 000 deaths in the year 2000 to 251 000 deaths in 2018. This is largely thanks to the effectiveness of antiretroviral therapy and the enormous success of national roll-outs of these drugs in southern African countries.

This progress has saved thousands of lives and should be celebrated. But the twin epidemics of HIV and TB in Africa aren’t fully understood yet and won’t be defeated if the global community takes its foot off the accelerator now.

In addition, as a direct consequence of the success of antiretroviral treatment programmes, HIV mortality is decreasing. This means that the number of people living with HIV is increasing and will continue to do so for the foreseeable future. With large numbers of people living longer lives with treated HIV, it is difficult to predict how the TB epidemic in southern Africa will be impacted.

In addition to the HIV epidemic, there are several challenges that have hampered global progress towards ending TB by 2030. These include the emergence of drug-resistant strains of TB that result in an increased number of patients who don’t respond to treatment, or respond poorly.

New, shorter and more powerful antibiotic regimens are showing promising results in preventing the progression from latent infection to active TB disease. Recently, a dramatic price reduction for one of the key drugs in these new preventative regimens was announced. Policy changes to accelerate public access to these regimens is needed in order to meet the goal of ending the epidemic.

The field of diagnosis remains a challenge. There is currently no simple blood or urine test that can accurately tell doctors if a person has TB disease, but there are promising new results. These new tests need to be rapidly developed and evaluated in the real world to see how they work and how they can better target new treatments. This is another science priority area that requires additional investment.

In addition, many of the most fundamental aspects of TB disease remain unknown. For example, after exposure to the organism that causes TB, why do only some people get infected and only some of those fall ill? Exciting new approaches and tools are being brought to bear on these questions and continued investment into basic discovery science is essential. The payoff will be the development of the next generation of TB vaccines, therapeutic agents and programmatic interventions that, together, have the best chance on defeating this disease.

Documents, like the WHO Global Tuberculosis Report, are critical to establish benchmarks and to gauge progress as new technologies and interventions come on line. But it is impossible for them to tell the whole story.

Ongoing research efforts and country prevalence surveys fill in some of this missing detail, and help to provide a more nuanced picture. A robust, multidisciplinary TB research agenda needs political and financial muscle to build on current advances and end this deadly epidemic.

This article is republished from The Conversation under a Creative Commons license. Read the original article.

Top image: TB is still a leading cause of death around the world. Photo by Sanjay Baid/EPA-EFE