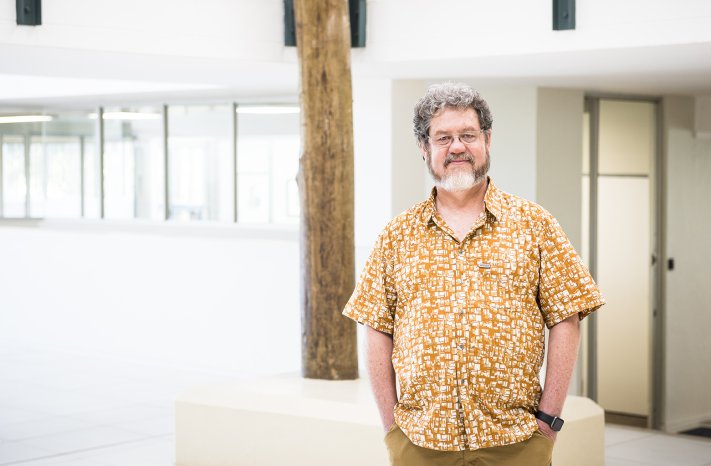 Dr Kobus Herbst is AHRI’s director for population science, a member of AHRI faculty, the institute’s chief information officer, and the principal investigator of the institute’s Population Intervention Programme (PIP). He is director of the Department of Science and Technology funded South African Population Research Infrastructure Network (SAPRIN) at the SAMRC. He is an honorary associate professor at the school of public health at the University of Witwatersrand.

Kobus graduated as a medical doctor from the University of Pretoria in 1979, did a masters in bio-engineering at the University of Cape Town and registered as a public health physician in 1994 following a registrarship at MEDUNSA. Kobus was first involved with AHRI (in the guise of the Africa Centre) in 1998 as a consultant to assist with setting up the Africa Centre Demographic Surveillance Study (ACDIS). He joined the centre full-time as the principal investigator of this study in 2001. He was deputy-directory of the centre from 2003 until its merger with K-RITH in 2016. ACDIS was the basis of much of the early scientific achievements of the centre, including characterising the population level impacts of the HIV epidemic and interventions such as PMTCT and ART. In 2016, together with Dr Mark Collinson from the University of Witwatersrand Agincourt surveillance site, he secured a long-term and large investment by the Department of Science and Technology to integrate the three Health and Demographic Surveillance Sites in South Africa into a common population research infrastructure as part of the South African Research Infrastructure Roadmap (SARIR). This funding supports the longitudinal demographic and HIV surveillance of 100 000 individuals in PIP.

Kobus’ passion is information and how information management contributes to the scientific process. In particular he’s interested in the establishment of data repositories to curate datasets and promote the secondary use of research study data. To this end Kobus established the INDEPTH data repository in 2013, containing longitudinal demographic and cause-specific mortality data of more than 3-million individuals from 25 demographic surveillance sites in lower and middle-income countries. This work is extended in a collaborative project with researchers at the London School of Hygiene & Tropical Medicine to establish a repository of longitudinal population-based HIV sero-surveillance data from 10 sites in Africa, called the Alpha network.