Professor Frank Tanser is a South African scientist whose research aims to evaluate and design intervention strategies to drive back the HIV epidemic and its negative consequences in communities hardest hit by the epidemic.  His pivotal work over the past 20 years has provided substantial insights into the evolving and dynamic nature of the HIV epidemic and its key drivers, informing HIV prevention and treatment efforts in sub-Saharan Africa. His research into the population-level impacts of the antiretroviral therapy (ART) roll-out has led to wide-reaching and rapid changes to government policy on how ART programmes in South Africa are designed and implemented. In particular, a seminal study he published in one of the world’s leading scientific journals –Science– was the first to show that nurse-led and decentralised HIV programmes in rural areas could be successful in reducing HIV transmission at the population-level.

Frank holds Masters degrees from Imperial College London and Rhodes University and a doctorate from UKZN. He is currently Professor of Epidemiology in the College of Health Sciences at UKZN, and holds an honorary professorship at University College London (UCL). He has served as a consultant and advisor to several high-profile organisations including the Mailman School of Public Health, USAID, the Futures Group International and UNAIDS. He currently serves on the board of The Lancet HIV and is a member of the International Scientific and Technical Advisory Committee to the Executive Director of UNAIDS, Michele Sidibé.

Frank has published over 170 papers in high-ranking international journals and his research has been cited over 16 000 times (H-index = 48). He has been the recipient of numerous scientific grants and has raised over US $85-million in external research funding to date. He was a founder member of the Africa Centre for Population Health in 1998, and was responsible for building Africa’s first comprehensive population-based GIS system at the Centre. In 2017 Frank was honoured by the South African Medical Research Council with the Gold Medal Scientific Achievement Award in recognition of the excellence of his research. The award recognises outstanding scientists who have undertaken seminal research that has impacted directly on the health of populations in developing countries. In 2019, The Royal Geographical Society awarded him the Back Award for “conducting applied research that has made an outstanding contribution to the development of national or international public policy”.

Get in touch with Frank via frank.tanser@ahri.org 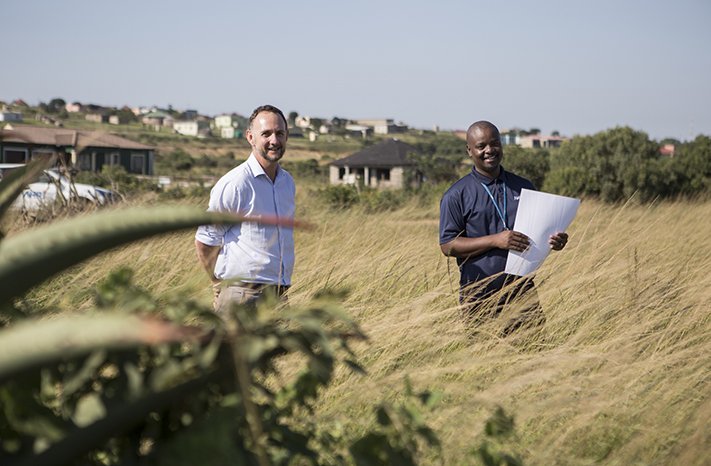 The Tanser research group at AHRI does work in the areas of population health intervention research, geospatial epidemiology of infectious disease and use of big-data for epidemiological application. Frank’s group is particularly interested in developing and testing HIV interventions that target the most vulnerable populations such as young women, highly mobile individuals and persons living in so-called HIV ‘hot-spots’ (communities characterised by high levels of HIV-incidence).

Frank is currently Principle Investigator of five large studies based at AHRI:

He has a keen interest in the use of big-data for epidemiological application and together with colleagues at the University of Washington he is putting together a funding application to use cellphone based GPS traces together with phylogenetic and HIV surveillance data to fundamentally redefine the role of population mobility in the acquisition and transmission of HIV in hyperendemic, rural communities in sub-Saharan Africa.

Thulile Mathenjwa has a background in nursing and holds a Masters in Population Studies from the University of KwaZulu-Natal. She is currently coordinating the HITS study that looks at whether giving a financial incentive together with an HIV decision support for men will reduce HIV viral load in the community and reduce mortality in men, as well as reduce new HIV infections in young women.

Alain Vandormael was awarded his PhD in Sociology and MSc in Statistics from the University of Minnesota, USA. His PhD examined the preventive and survival benefits of antiretroviral (ART) use in the AHRI study area of Somkhele, northern KwaZulu-Natal. Alain is interested in understanding why some HIV prevention strategies are falling short, and providing insight into how these strategies can be optimized in the future.

Andrew Tomita was awarded his PhD from Columbia University. His research interest is in social epidemiology, focusing on health services strengthening and social determinants of HIV, TB and mental health in sub-Saharan Africa.

Hae-Young was awarded her PhD in Epidemiology from Johns Hopkins School of Public Health in the USA. Her PhD work examined patients' preferences and cost-effectiveness for preventive therapies among HIV-positive pregnant women in South Africa. Hae-Young is interested in implementing HIV and TB interventions in the most effective and acceptable ways to patients, and evaluating the population impact of such interventions in sub-Saharan Africa.

Polycarp was awarded his PhD in applied statistics from The Open University in the UK. His PhD work examined the space-time variations in malaria transmission in sub-Saharan Africa. Specifically assessing the impact of community ITN use, accuracy of diagnostic tools and the role of transmission intensity on hotspot detection. At AHRI Polycarp is interested in evaluating the spatial-temporal effect of HIV population viral load on the acquisition of new HIV infection.

Armstrong Dzomba is an AHRI PhD student (Public Health Medicine). He holds an MA degree in Population Studies and Demography from the University of KwaZulu-Natal. With a strong orientation in social demography, he is interested in HIV research including social determinants for infectious disease epidemiology and HIV intervention research.

Jahvaid Hammujuddy is pursuing a PhD in statistical epidemiology. He also lectures in Statistics in the School of Mathematics, Statistics & Computer Science at the University of KwaZulu-Natal. He has supervised Honours and Master’s projects on GLMMs applied to Health Sciences, and co-supervised topics in Financial Statistics.

Sipho Zulu's PhD research focuses on the geographical distribution of Schistosomiasis-HIV coinfection and public health outcomes in the adult population in Hlabisa sub-district. He has research interests in parasites’ biology and distribution, parasitology coinfections as well as water and sanitation.

Adam Akullian is a postdoctoral fellow at the Gates-Funded Institute for Disease Modeling (IDM). As a member of IDM’s research team, Adam focuses on spatial, mathematical, and epidemiological modeling of HIV in sub-Saharan Africa with the goal of informing effective public health interventions. He is also Affiliate Assistant Professor in the Department of Global Health at the University of Washington in Seattle. Adam has a PhD in Epidemiology from the University of Washington and an Sc.B in Environmental Science from Brown University.

Adrian Dobra is a data scientist whose methodological research focuses on the development of high-dimensional multivariate spatiotemporal models, on variable and model selection, and on graphical models. His current interests are related to human mobility and migration based on geolocated temporal data recorded by wearable sensors embedded in smartphones, and on unsolicited geotagged social media data. He is an Associate Professor at the University of Washington.

Benn Sartorius is an associate professor in Public Health Medicine at UKZN. His work focusses on spatial-temporal analysis of disease and mortality as well as associated determinants using advanced spatial statistics and modelling frameworks. At AHRI he is involved in a NIH R01 project ‘Can HIV Hot-Spots be eradicated? An intervention to decrease HIV transmission to young women in rural KwaZulu-Natal’. Benn also co-supervises PhD candidates with Prof Frank Tanser.

Diego Cuadros is an Assistant Professor from the Department of Geography and Geographical Information Science at the University of Cincinnati, USA. He earned his PhD in Biology at the University of Kentucky. His research focuses on understanding the spatial patterns of geographical distribution of infectious diseases such as HIV and hepatitis C virus. Diego is currently working with Africa Health Research Institute (AHRI), investigating the drivers of the geographical distribution of HIV infection in South Africa.