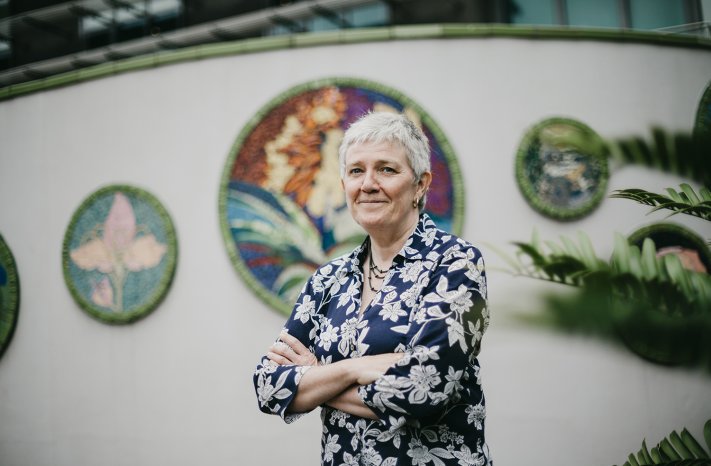 Professor Nuala McGrath is a member of AHRI faculty, an NIHR Global Health Research Professor, and Professor of Epidemiology and Sexual Health at the University of Southampton, with joint appointments in the Faculties of Medicine and Social Sciences. Nuala has been engaged in HIV research since 1989, initially as a statistician working on HIV clinical trials in the USA, and later as an epidemiologist conducting studies while living in Tanzania, Uganda, Malawi and South Africa. Her academic training includes a degree in Mathematics, Statistics and Operational Research (Exeter University, UK), a masters degree in Biometry (statistics in medical, pharmaceutical, agricultural and biological sciences, University of Reading, UK), and a doctorate in Infectious Disease Epidemiology (Harvard School of Public Health, USA).

Nuala’s work at AHRI began in 2002 as site PI for the Microbicide Development Programme. Interested primarily in HIV and sexual behaviour change, Nuala has collaborated with AHRI on a diverse range of intervention, clinical and population-based studies. With a Wellcome Trust Research Career  Development Fellowship, at AHRI, 2008-2015, her research expanded to explore the impact of antiretroviral treatment on risky sexual behaviours and onward transmission of HIV and the evaluation of HIV treatment and prevention strategies, including the promotion of HIV testing to reduce the onward transmission of HIV. More recently, Nuala has concentrated on intervention development and evaluation research. At AHRI she is involved in developing and evaluating sexual health and HIV prevention interventions for adolescents and young adults with other faculty – Shahmanesh (PI), Chimbindi, Harling and Seeley. With other South African collaborators in KwaZulu-Natal and Western Cape, she undertakes research to improve couples health and wellbeing.

Get in touch with Nuala via N.McGrath@soton.ac.uk