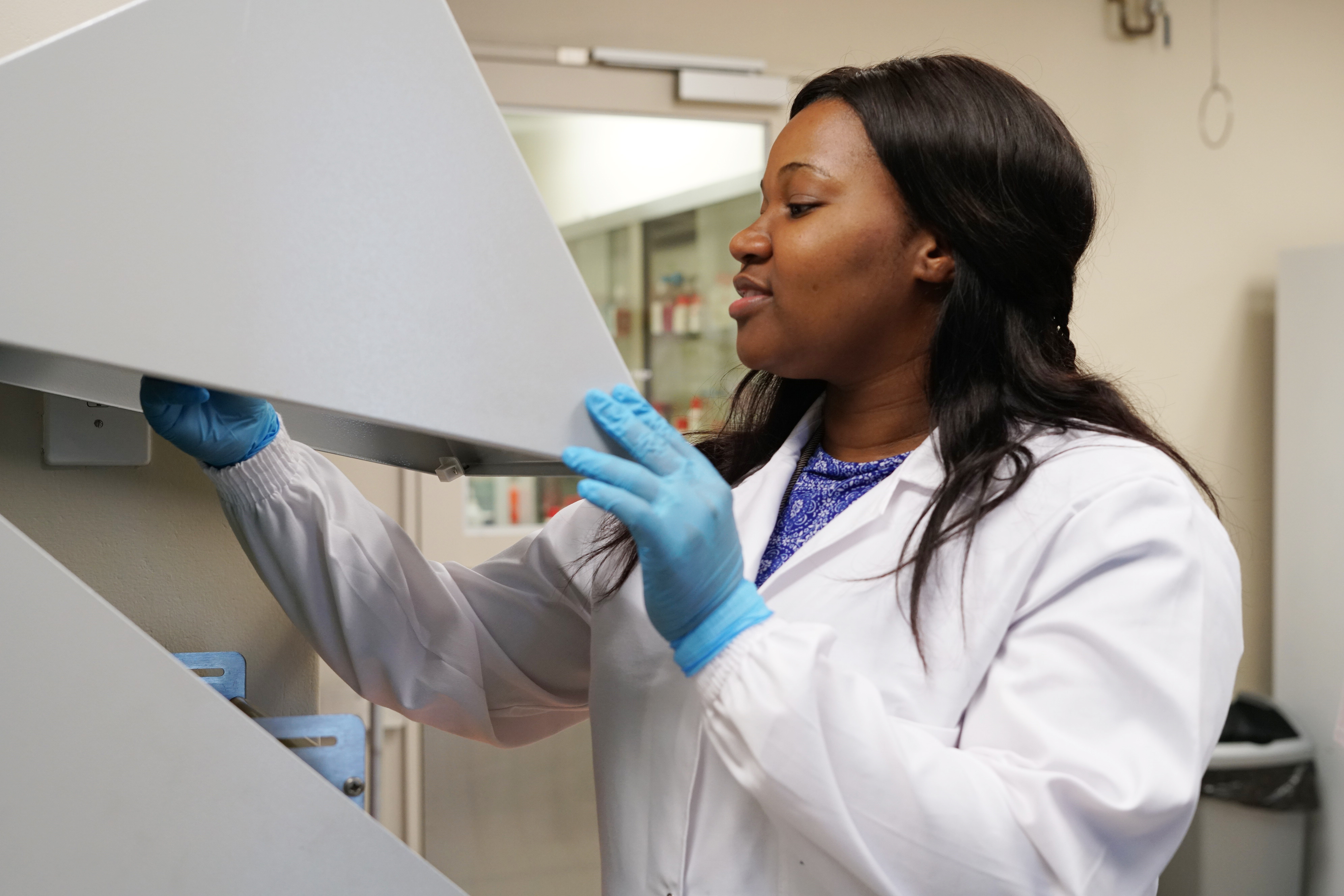 AHRI/SANTHE PhD student Maphe Mthembu has been awarded a community and public engagement grant by the African Academy of Sciences (AAS). Maphe’s project will focus on gender equity in science, working to reframe problematic narratives that contribute to women being underrepresented at higher levels of science.

Although women make up a large number of scientific trainees at the PhD candidate level, their representation sharply drops off beyond the postdoc level and they are severely under-represented at senior faculty level.

Maphe, who has a background in biochemistry and immunology, will take a creative approach to addressing this subject by creating a PowerPack of SuperScientists in collaboration with CodeMakers, a Durban-based science education NGO. Assembling the PowerPack will be the initial step to enabling members of the PowerPack to start reframing one of the most problematic narratives around gender equity in science – “Imposter Syndrome” – the feeling that you don’t really belong in the position you find yourself in and that at any moment everyone else will realise that too.

“I believe this initiative will help many scientists, especially women at a junior level, reach their full potential as scientists. It will allow them to free themselves of the problematic narratives around gender equity and to fight them at a structural level,” says Maphe.

As part of this project she also aims to host a co-creating and brainstorming meeting to identify the most problematic narratives around gender equity in science and then come up with practical tools to deal with these narratives. Maphe hopes that in the future members of the PowerPack will engage with high school learners to raise interest in science and inspire the next generation of women super scientists.  She also hopes to raise awareness about narratives that promote gender inequity in science, and to give students of science some tools to combat these narratives.

Maphe says she is excited and grateful for the opportunity to tackle the issue. She says one of the problematic narratives she is trying to combat is that gender equity is a “women’s issue”.

“This is a big myth!  Most science senior faculty and leadership positions are still filled by men, and it is critical that both men and women understand gender bias and how it affects the career progression of women.  Hopefully we can all agree that diversity in science is a good thing, and that assembling teams that have diverse composition by race and gender is a positive thing.”