Africa Health Research Institute (AHRI) students and staff in partnership Masakhane Properties got behind Mandela Day 2018 by helping with the renovation of a library at a nearby high school.

Mandela Day is an international campaign that calls on each person to make the world a better place. The day, celebrated on Madiba’s birthday on July 18th every year, remembers and cherishes Tata Nelson Mandela and his spirit of ubuntu.

AHRI’s Head of Public Engagement, Nomathamsanqa Majozi, says that AHRI felt supporting the library project was a sustainable way that AHRI could help.

“Inkosi Mgwazeni School has a history of not doing well academically, but this has improved in the past three years after a new principal, Mr Myeza, was appointed. After consultation, we selected this school to show our support to both the teachers and the learners. It is also one of the schools that we have earmarked for our Schools Engagement Programme where we want to motivate and inspire the next generation of scientists and researchers.”

Alongside this initiative AHRI staff had a book collection drive for the Inkosi Mgwazeni library. 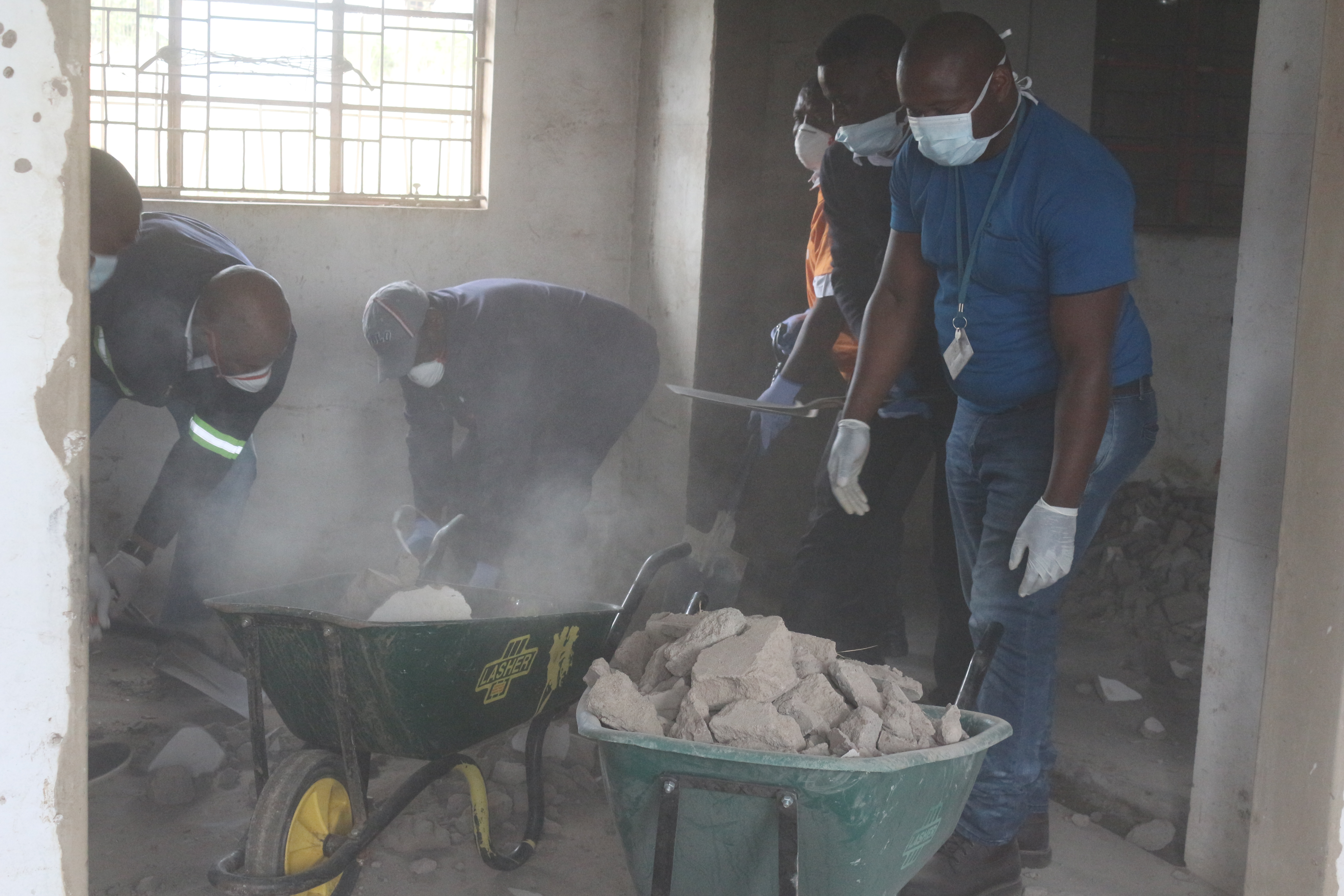 AHRI COO Raynold Zondo says as an organisation that works very closely with the uMkhanyakude community it is important that AHRI gives back, as our work wouldn’t be possible without them.

“At AHRI we always want to inspire and motivate the youth; especially those who are interested in sciences because, who knows, they might be part of our team one day! The Mandela Day initiative is about building a legacy and that is what AHRI has done with this project.”