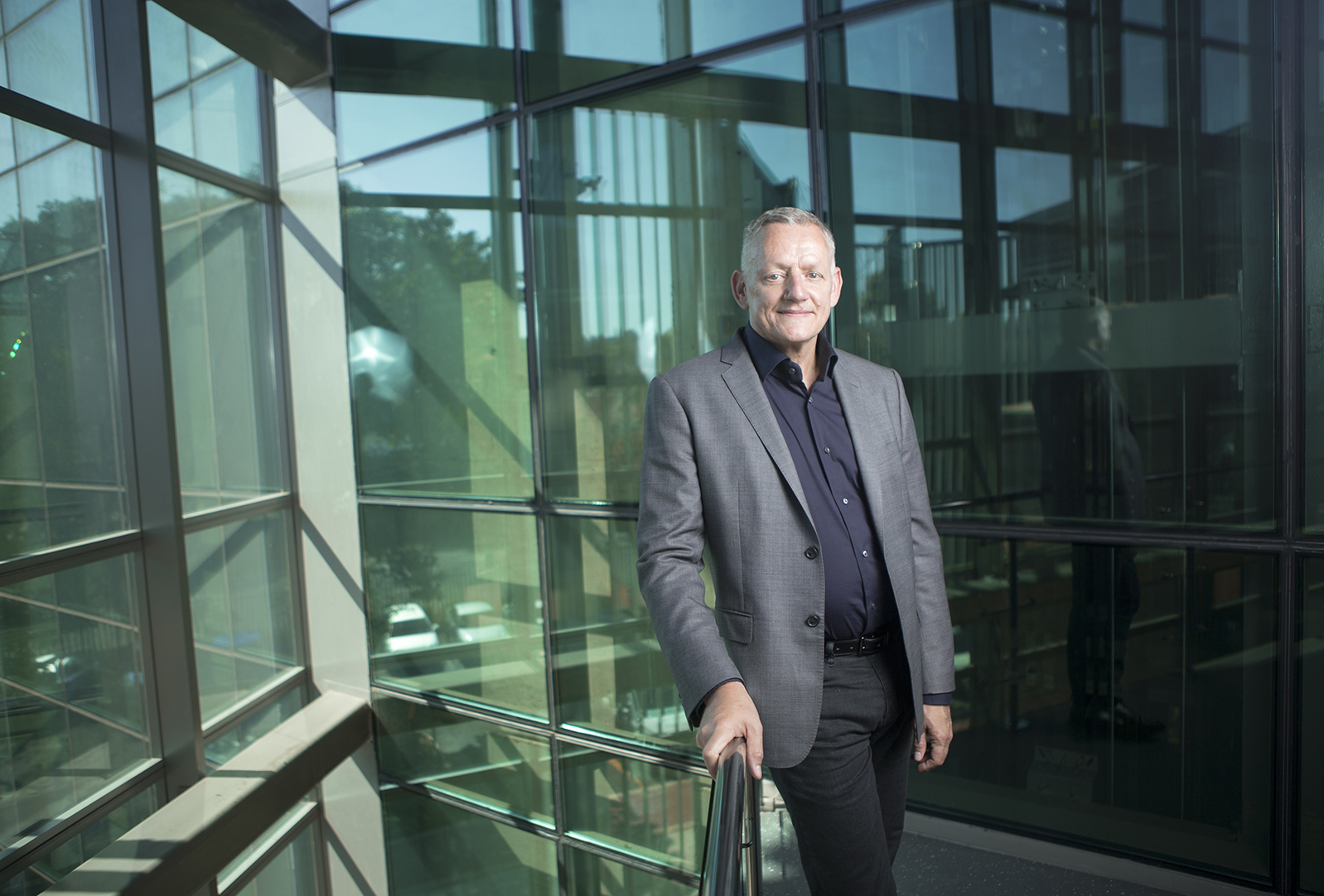 Professor Hanekom (pictured above) is a clinician-scientist and a world-leading expert in tuberculosis vaccine development. He joins AHRI from the Bill & Melinda Gates Foundation, where he was a Deputy Director in the Tuberculosis & HIV team.

“We are delighted that Willem has agreed to take up the role of Director of AHRI. He is a highly respected scientist and leader. His expertise in clinical trial research will help to guide AHRI through its next phase of growth in this area,” said Chair of AHRI’s Board of Directors, Professor Peter Piot.

Professor Hanekom initially trained in medicine at the University of Stellenbosch and in paediatrics at the University of Cape Town in South Africa, and in paediatric infectious disease and immunology in the USA. He was Director of the South African Tuberculosis Vaccine Initiative (SATVI) from 2011, before joining the Bill & Melinda Gates Foundation in 2013 to lead the TB vaccine group. Here he developed and implemented the foundation’s first comprehensive TB vaccine strategy, which resulted in major breakthroughs in TB vaccine discovery and development. He is also the Director of the Collaboration for TB Vaccine Discovery and chairs the Global TB Vaccine Partnership.

“AHRI’s cutting-edge research has led to many important shifts in our fundamental understanding of the TB and HIV epidemics, and how they intersect. It will be a great privilege and opportunity to lead the organisation and to focus on how to accelerate impact on these epidemics, both in KwaZulu-Natal and on a more global scale,” said Professor Hanekom.

AHRI is one of South Africa’s largest independent research institutes. It brings together population-based, clinical and laboratory science to address some of the country’s most critical health challenges, including the diagnosis, treatment and prevention of HIV, TB and related diseases. The Institute is based across two research campuses in KwaZulu-Natal (KZN), a province which has one of the highest burdens of HIV and TB globally. AHRI’s research combines findings from 19 years of detailed health, epidemiological and demographic assessment, and population-based interventions within a 150 000-strong population in Somkhele, northern KZN, with basic science and experimental medicine research conducted at its sophisticated laboratory facilities in Durban. Core funding for AHRI comes from the Wellcome Trust and the Howard Hughes Medical Institute (HHMI), complemented by investigator-initiated grants from the NIH, Wellcome Trust and Gates Foundation, among others. The University of KwaZulu-Natal (UKZN) and University College London (UCL) are major academic partners.

“I am delighted that Willem has accepted this position and am very confident that with his leadership AHRI will continue to play a critical role in shaping health research of importance to South Africa, to the region and the world,” said Dr Jeremy Farrar, Director of Wellcome.

“UKZN would like to congratulate Willem on his appointment. As a global leader in TB vaccine development, we are honoured to have him join us as we continue in our scholarly endeavours to tackle the deadly twin epidemics of HIV and TB,” added University of KwaZulu-Natal Vice Chancellor and Principal, Professor Nana Poku.

“Willem is an exceptional scientist and I am thrilled that he has been appointed as Director of AHRI. His expertise will help AHRI to press ahead with fundamental discoveries about the HIV and TB epidemics and to translate these into cutting edge science that improves people’s health,” said UCL Vice-Provost (Health), Professor David Lomas.

Professor Hanekom will join AHRI on 2 December 2019, succeeding Professor Deenan Pillay who has stepped down to resume his role as Professor of Virology at UCL. Professor Pillay, who became Director of the Africa Centre in 2013, and led the merger with K-RITH to form AHRI in 2016, will also take up the position of UCL Pro-Vice-Provost (International) from April 2020.