Why our academic writing habits need to change 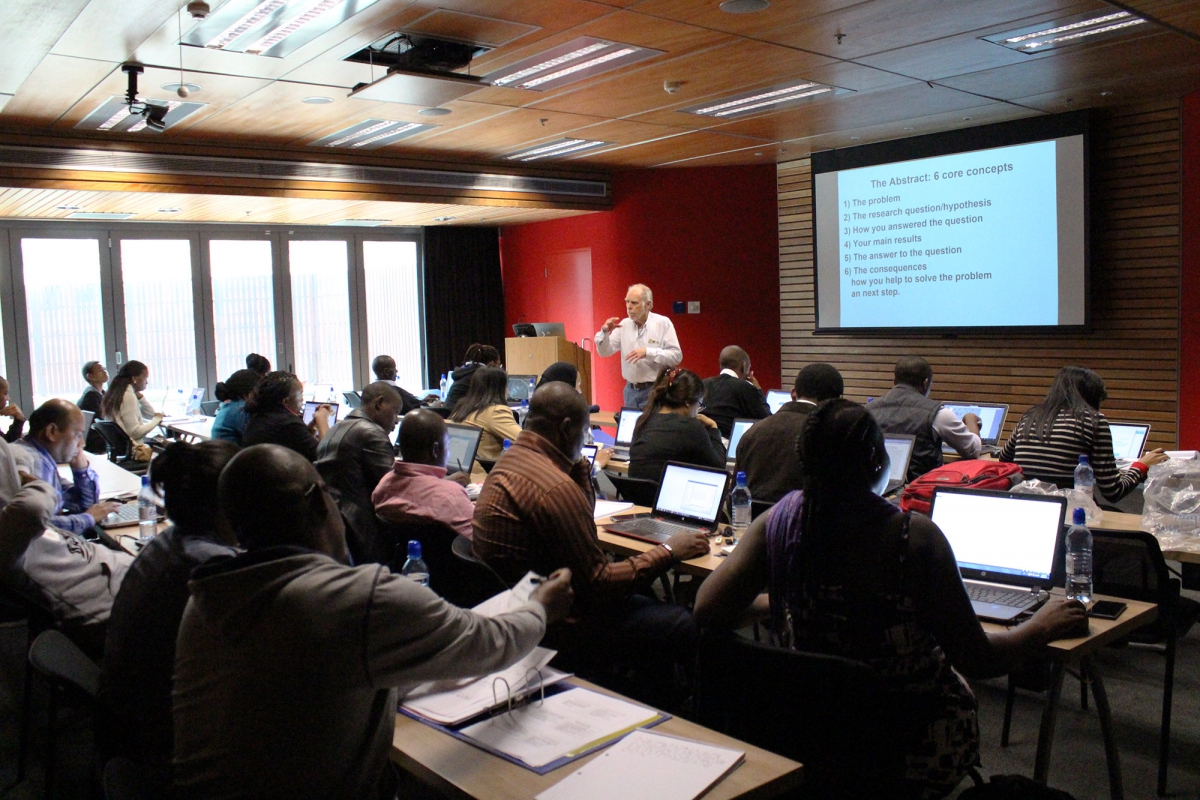 Everything in scientific research is evolving in the 21st Century, and for the credibility, relevance and readability of our scientific articles it is critical that our writing style evolves with it.

This is according to Ed Hull, biomedical researcher turned science communicator – and leader of the recent Scientific Writing Course, funded by the newly formed Sub-Saharan Africa Network for TB/HIV Research Excellence (SANTHE), and held at K-RITH.

As part of SANTHE’s first in a series of educational programmes, Hull took a class of 25 students from Kenya, Botswana, Zambia and South Africa through an intensive and hands-on five-day course in February, with the aim that everyone should have a well-crafted piece of writing by the end of it.

Hull explains that on day one of the course he presses home how important good writing is by asking the class if they find journal articles easy to read. Most say they don’t. Academic articles generally take a long time to understand, and even longer to fully grasp the credibility and the value of the study. According to Hull, this often has a lot to do with poor writing.

Hull says that from a young age we learn to write to impress our teachers with how much we know, rather than learning to write to pass on information. This habit continues through to university level and beyond – in the form of poor structure, long and complicated sentences, and unnecessary technical jargon.

“A lot of good research is not being recognised because of poor writing,” he says. In fact, Hull feels strongly that obscure and needlessly complex writing in the health field has become an ethical issue.

“We’ve got a big ethical problem here that nobody has considered. In the health related fields we want to reduce the burden on patients. Apparently in scientific writing we don’t worry about reducing the burden on readers. With poor writing styles, we are wasting the time of hundreds, thousands, maybe millions of researchers trying to read and understand these articles. It’s a tremendous waste of time.”

So how do we change this? Hull says it’s important to understand how research continues to evolve. Firstly, objectivity has been debunked: it’s now generally accepted that the role of the researcher -his/her influence on the outcome – must be acknowledged. Secondly, the past 50 years have seen a massive increase in international collaboration, including cross-disciplinary collaborations. Articles have to be comprehensible for researchers outside of a particular specialty, for researchers of different cultures and languages, and for the users of science, such as clinicians. This all makes a strong case for a well-structured paper, writing in the active rather than passive voice and describing complex science in clear, simple language.

After they have been given this broader context, the students learn how to apply it practically by working on an article or thesis chapter. Hull breaks the writing process down into easy-to-follow steps which include important guidance on structure.

Much of what he teaches is described in his scientific writing book, Health-related Scientific Articles in the 21st Century, which he has developed through years of experience as a writer, editor and teacher.

Course participant Frederick Nindo, a PhD candidate at the University of Cape Town, says that the most important take-home from the course is that you are never writing for only one audience. “[Your writing] must be tailored to cut across disciplines – so that even non-specialists can understand your work,” he said.

“You want to make sure your work can reach a wide audience. You need to write articles that are clear and understandable,” K-RITH Masters student Lerato Mtshali concurred. “I’ve always wanted to write in a clear, concise way. And that’s exactly what is taught here – how to be clear and economical and have more impact.”

*SANTHE is a ground-breaking, collaborative TB/HIV scientific research programme, comprising a network of universities and research institutes which collectively aim to shape and drive locally relevant; basic, clinical and translational research in Africa by supporting collaborative cutting-edge HIV/TB research, training the next generation of leaders in African science, and facilitating community engagement to ensure our research has maximum impact.