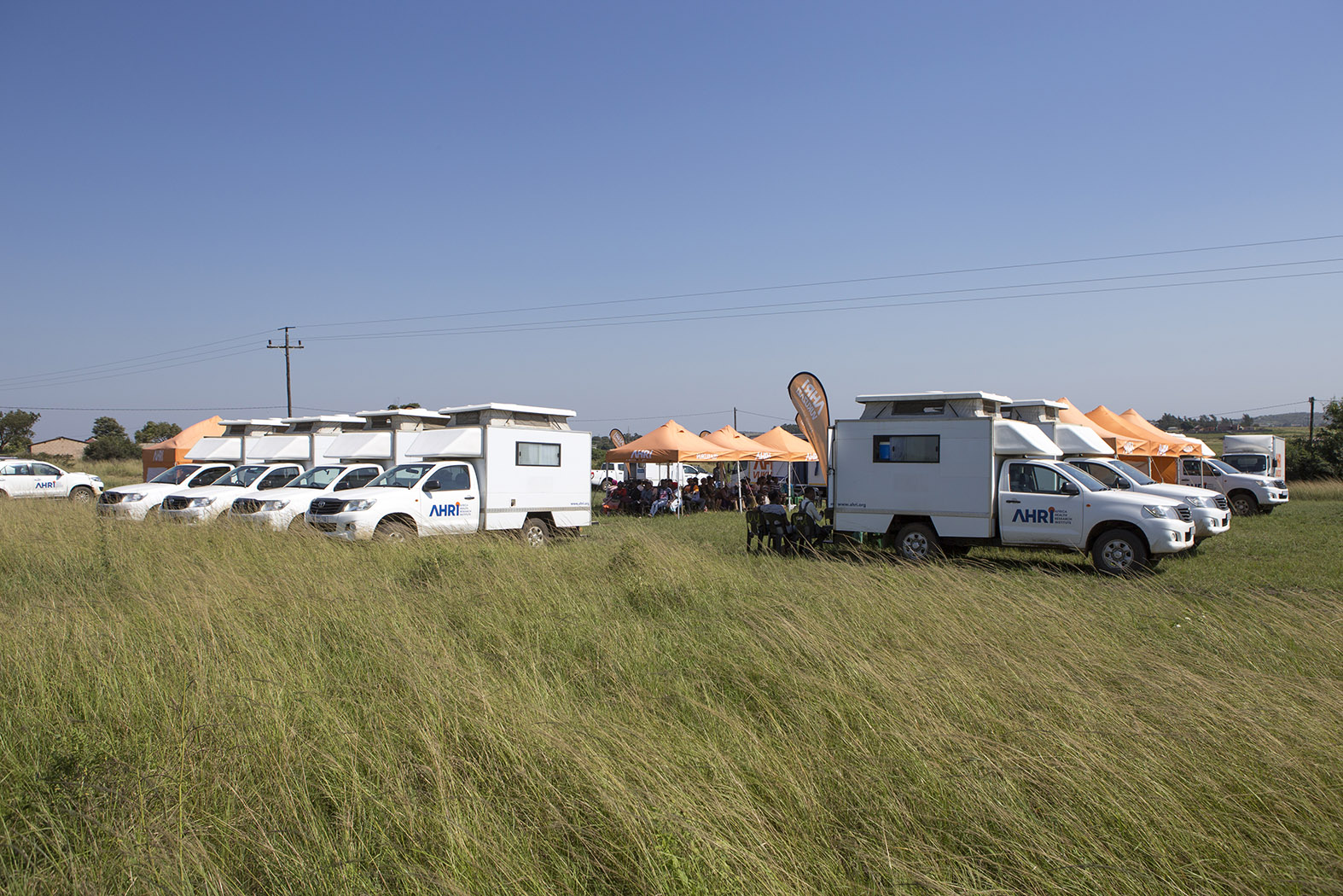 New research from Africa Health Research Institute (AHRI) shows that four out of five women over the age of 30 in rural northern KwaZulu-Natal, South Africa, are living with a chronic health condition. The research also reveals that the HIV negative population and older people, particularly those over 50, bear a higher burden of undiagnosed or poorly controlled non-communicable diseases such as diabetes and hypertension.

The study, recently published in the scientific journal Lancet Global Health, draws on data from a comprehensive research programme which AHRI ran for 18 months from 2018 to 2019 in uMkhanyakude district. The programme screened 17,118 people aged 15 years and older via mobile camps within one kilometre of each participant’s home. It aimed to get a clearer picture of the biological determinants of disease in the area in order to design interventions to improve people’s health.

The research shows high and overlapping burdens of HIV, tuberculosis (TB), diabetes and hypertension among men and women. Forty years since the first cases of Aids were documented globally, the researchers found that HIV is – for the most part – well diagnosed and treated. Nonetheless the study found that some demographic groups, including men in their 20s and 30s, still have high rates of undiagnosed and untreated HIV. The majority of people with TB, diabetes or hypertension had disease which was previously undiagnosed or was not well controlled. Despite being a curable disease, TB remains one of the leading causes of death in South Africa and the high rates of undiagnosed and asymptomatic TB that this work exposed is cause for concern.

“Our findings suggest that the massive efforts of the past 15 years to test and treat for HIV have done very well for that one disease. But in that process, we may have neglected some of the other important diseases that are highly prevalent,” said Dr Emily Wong, AHRI faculty member and lead author on the paper.

The mobile camps screened for diabetes, high blood pressure, nutritional status (obesity and malnutrition), tobacco and alcohol use as well as HIV and TB. The TB screening component included high-quality digital chest x-rays and sputum tests for people who reported symptoms or had abnormal x-rays. Clinical information was layered on to 20 years of population data from AHRI’s health and demographic surveillance research in the area. Through a sophisticated data system and the use of artificial intelligence to interpret the chest x-rays, AHRI’s clinical team examined the information in real time, linked it together and made referrals into the public health system for people as needed. 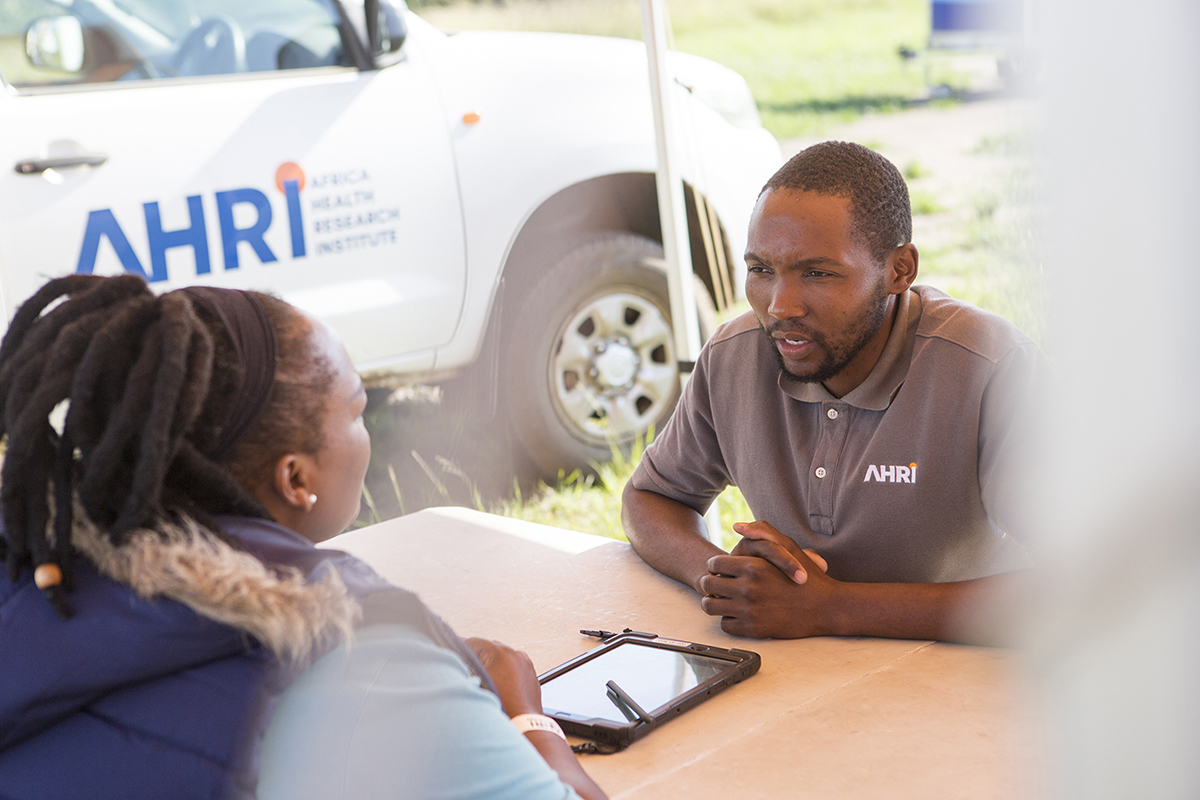 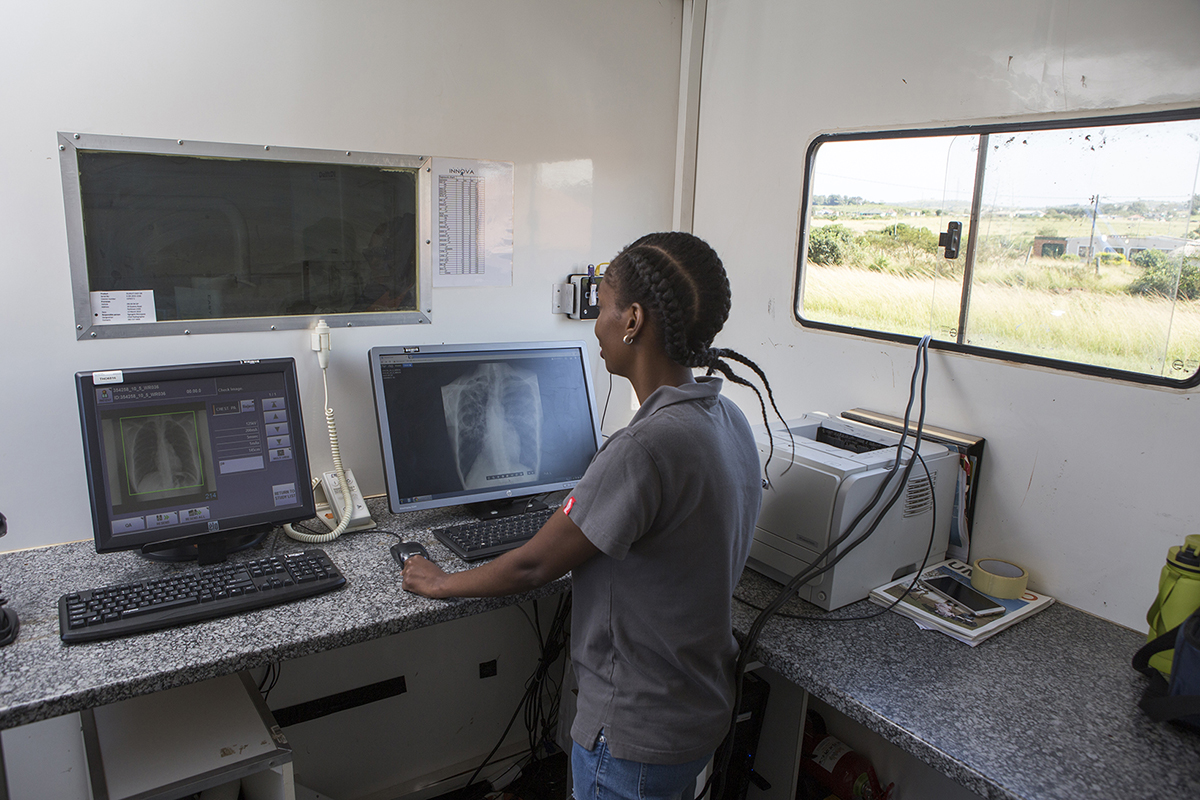 (Above: Inside the digital x-ray truck at one of Africa Health Research Institute’s mobile screening camps)

The detailed data also allowed researchers to identify disease patterns according to geographical location. They found the highest burden of HIV in the vicinity of main roads, while TB and non-communicable diseases had higher rates in more remote areas. 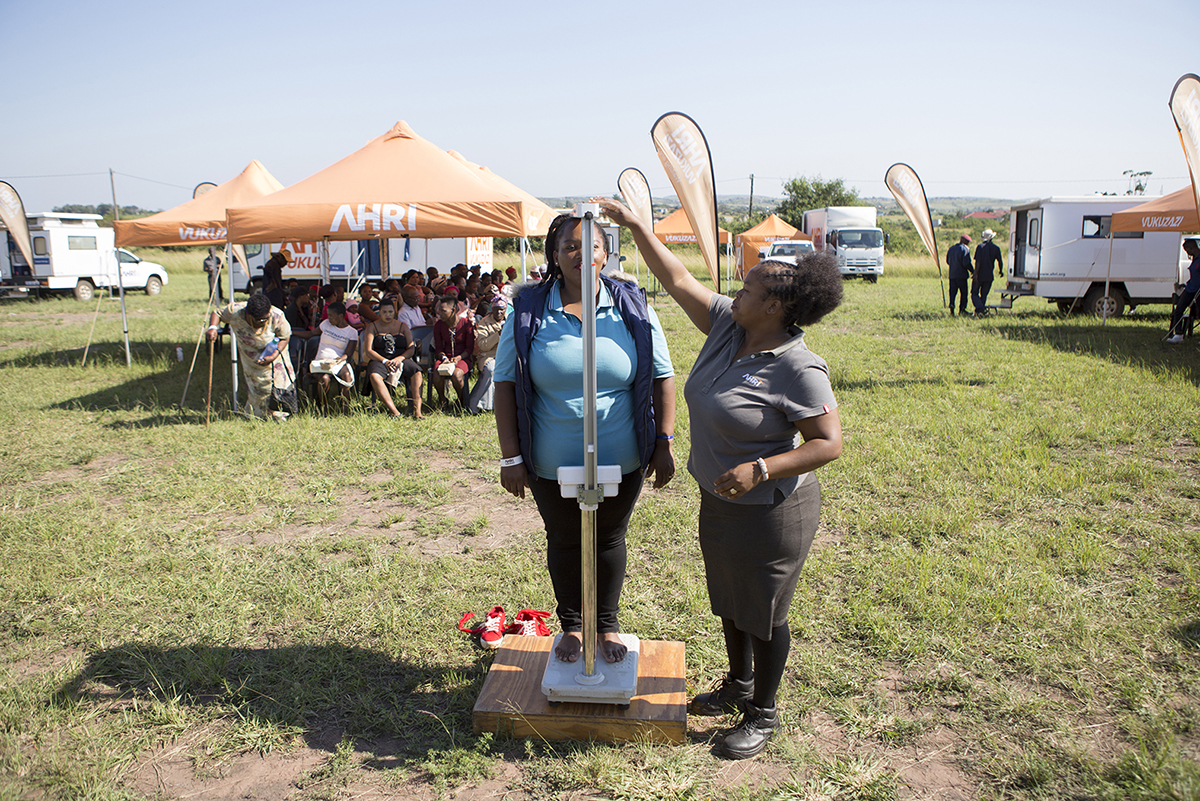 (Above: A participant gets measurements taken at one of Africa Health Research Institute’s mobile screening camps)

“The data additionally gives AHRI researchers and the Department of Health critical indicators for where the most urgent interventions are needed,” added Dr Wong. “The research was done before Covid-19, but it has highlighted the urgency of diagnosing and treating people with non-communicable diseases – given that people with uncontrolled diabetes and hypertension are at higher risk of getting very ill with Covid.”

“The extensive multimorbidity demonstrated in our study underlines the importance of a more coordinated prevention and treatment of chronic disease, and a health system able to best support affected individuals. At present, the high quality of care for HIV is not replicated for the other common diseases screened for in this large study,” said Professor Deenan Pillay, co-author and professor of virology at UCL.

“These findings will help to guide the design and testing of interventions, including clinical trials of new treatments, so that AHRI can bring the latest advances to people who need them most, first,” said AHRI director, Professor Willem Hanekom.