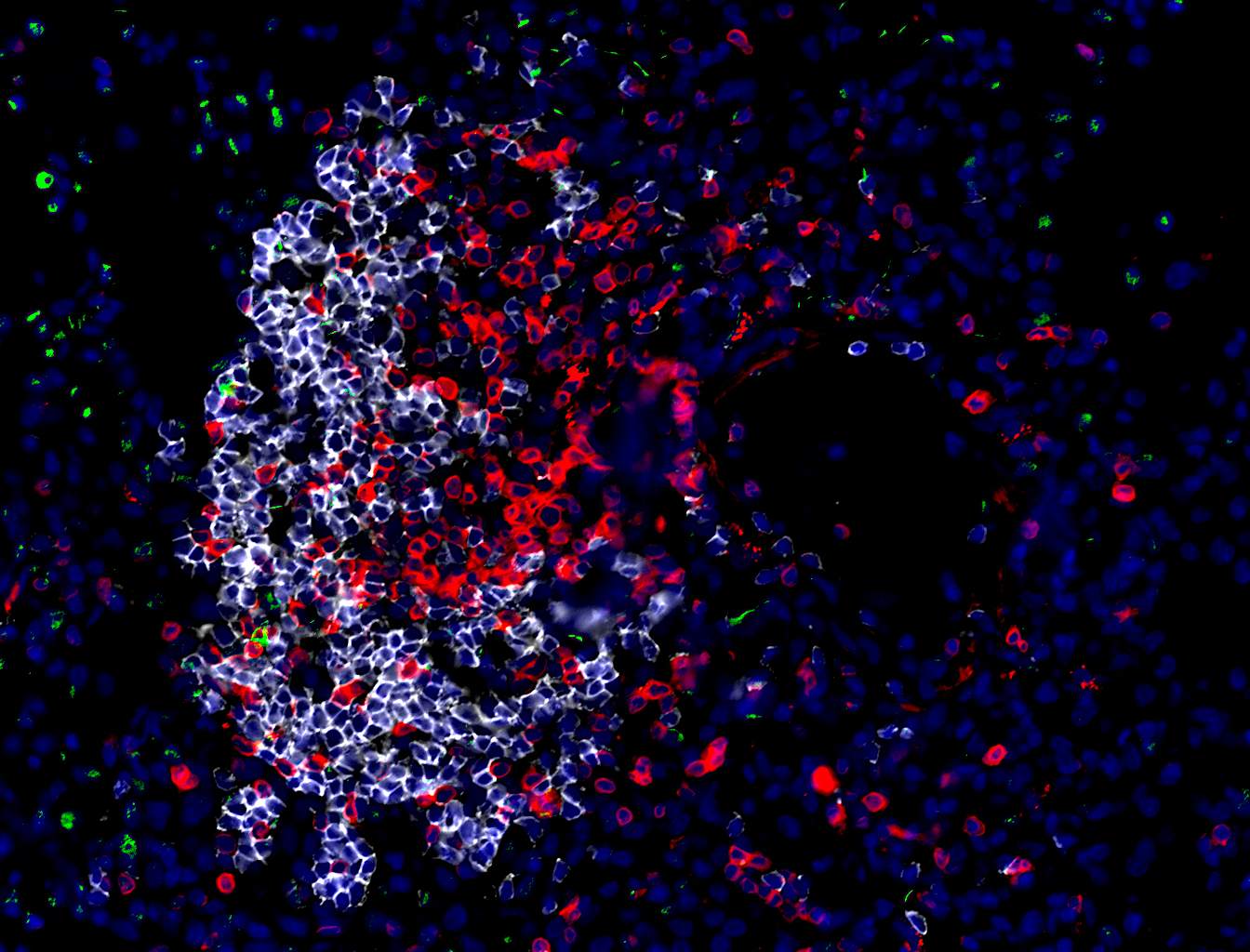 Africa Health Research Institute (AHRI) scientists have discovered that a new class of immune cells, called Innate Lymphoid Cells (ILCs), play an unexpected and important role in the body’s crucial early response to tuberculosis (TB) infection. Their findings, published on June 5 in the journal Nature, shed new light on the interaction between Mycobacterium tuberculosis (the bacteria that causes TB) and the immune system, and may suggest a pathway for a new vaccine strategy for TB.

TB is the leading cause of death by an infectious disease globally. The World Health Organisation estimates that 10-million people fell ill with TB and 1.6 million people died of the disease in 2017. Despite this, a vaccination called BCG is the only preventative measure currently available for TB. While it provides good protection to young children – especially against more serious forms of the disease – it is not as effective in adults. “Positive results from several recent vaccine trails make this an exciting time to be working in TB immunology. The more we can understand about the interaction between Mycobacterium tuberculosis and its host, the better chance we have of building on these gains and defeating this deadly epidemic,” said senior co-author Dr Al Leslie from AHRI and the University College London.

To date, most human TB immunology work has been done in the blood, but a growing body of researchers are beginning to wonder if the answers to TB immunity may lie elsewhere. This spurred scientists at AHRI to collaborate with the University of KwaZulu-Natal’s Thoracic Surgery Unit at King Dinuzulu Hospital Complex and Inkosi Albert Luthuli Central Hospital in Durban to look at TB immune responses in the human lung. The unit, led by Dr Rajhmun Madansein, undertakes among the highest number of lung resections for TB in the world. This life saving surgery provides a unique opportunity to examine the immune response present in the lung during TB infection by examining the lung tissue after it has been surgically removed – with the patient’s consent.

Working in partnership with researchers from Washington University School of Medicine in St. Louis,  AHRI scientists used these lung tissue samples, together with those from experimental non-human primates and mouse  models, to discover that ILCs play a vital role in the immune response to TB infection, producing molecules which activate and recruit other cells to fight the infection. In essence, this study suggests that ILCs are the likely to be ‘first responders’ when TB enters the lung and help to co-ordinate the subsequent immune response. 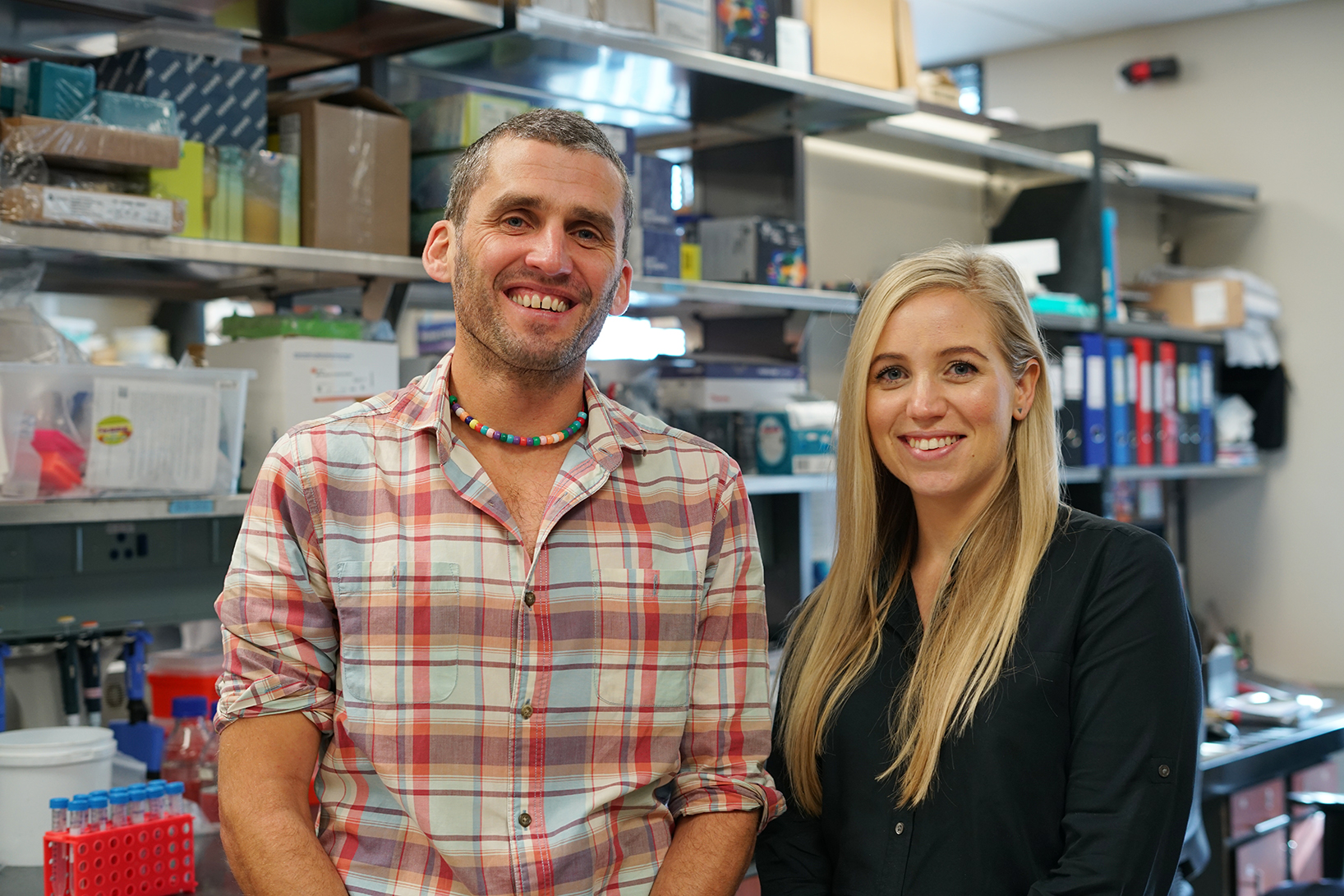 (Above: Dr Al Leslie with one of the paper’s co-first authors, Amanda Ardain, a PhD student in his group)

“The immune response to the TB bacteria hinges on the early response of this cell, and that opens up a whole new avenue for TB control,” said co-senior author Professor Shabaana Abdul Khader, from Washington University School of Medicine in St. Louis. “Now we can start thinking about ways to target this cell to help the body fight off the bacteria before they get a chance to establish themselves.”

“This study was an outstanding collaboration between scientists in South Africa and the US, and perfectly illustrates the power of bringing together expertise across continents to advance TB science,” added Dr Leslie.