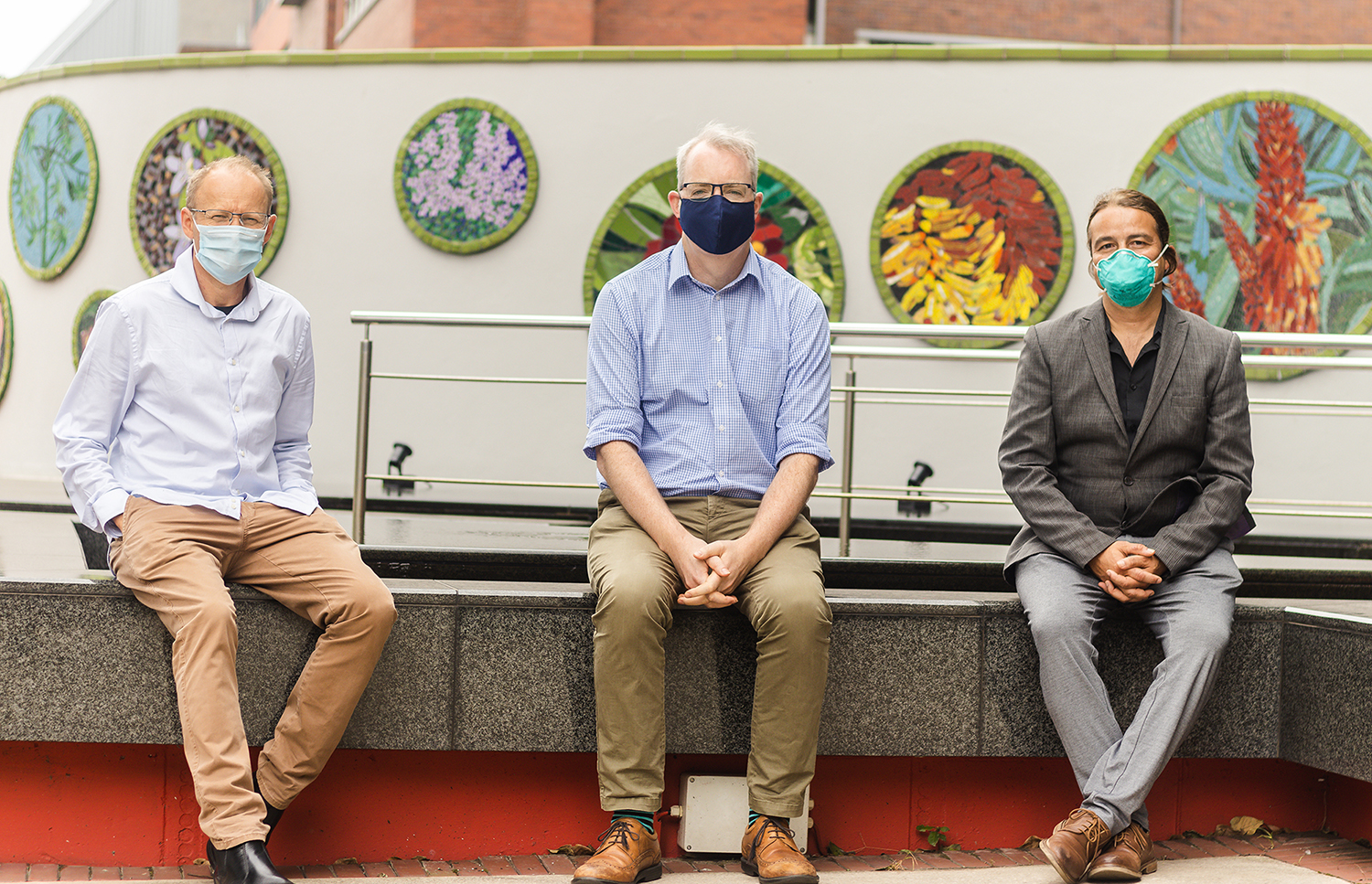 Research from South Africa shows that a new variant of the Covid-19 virus, called 501Y.V2, can escape antibodies generated from previous infection. This means that antibodies from people who were infected with previous variants may not work well against 501Y.V2.

The research, led by Dr Alex Sigal from the Africa Health Research Institute (AHRI) and Prof Tulio de Oliveira and Dr Richard Lessells from the KwaZulu-Natal Research Innovation and Sequencing Platform (KRISP) at UKZN, is published as a preprint on medRxiv. To access the full preprint, click here.

Up until now it was not understood if the mutations in 501Y.V2 affected the ability of pre-existing antibodies to SARS-CoV-2 (the virus that causes Covid-19) to recognise and inhibit live 501Y.V2 variant. Using live virus outgrown from Covid-19 patients, the research team tested blood plasma, which contained antibodies from people who had recovered from Covid-19, against the new variant. They compared how much plasma was needed to neutralize, or make ineffective, the 501Y.V2 variant. They discovered that the antibodies of patients infected in the first wave in South Africa are much less able to neutralize 501Y.V2 relative to previous lineages of Covid-19 in South Africa.

“Compared to first-wave variants, we needed about a 6 to 200-fold higher plasma concentration to neutralize 501Y.V2 in a lab setting. This suggests that the mutations in the new variant may have caused the virus to lose a great deal of sensitivity to previous antibody immunity,” said AHRI Faculty Member and senior author of the paper, Dr Alex Sigal. “The ability of the virus to evolve may have been underestimated.”

“This work gives us important new insight into the key mutations that are found in the 501Y.V2,” said KRISP Director and co-senior author Prof Tulio de Oliveira. “These results with the live virus add to the growing body of evidence that the 484K mutation is a key mutation that allows the virus to escape neutralization. It is the first time, to the best of my knowledge, that this is shown in a live 501Y.V2 virus.”

While the authors say the data is a cause for concern, they have also emphasised that more work needs to be done before they can say what this means for people’s immunity against 501Y.V2, as well as the implications for vaccines designed for the earlier variants. “The body’s immune response to viruses is complex and has many different facets – of which the antibody response is only one component. Vaccines may also give rise to a broader range of antibodies. This means that the other arms of the body’s immune system could still provide protection against 501Y.V2,” they said. Vaccination is still absolutely recommended, and is the only long-term solution to this infection.

Following the identification of the rapidly spreading new variant in South Africa in late 2020, a group of leading South African scientists formed a consortium to conduct coordinated research into 501Y.V2 with the support of the South African Medical Research Council (SAMRC) and the Department of Science and Innovation (DSI). Their work includes investigating whether Covid-19 vaccines will work against the new variant.

“Currently, most vaccinologists believe that the vaccines will still work against the new variant. While the antibodies may be less effective, it is likely vaccines may produce a broader antibody response which will be harder to evade. Other parts of the immune response induced by vaccines, such as the T cell response, could also compensate,” said AHRI Director and consortium co-lead, Prof Willem Hanekom. “In the context of this new variant, it is even more critical to get vaccines rolled-out urgently in South Africa.”

“The alarming emergence of Covid variants shows the vital role of genomic surveillance in the world,” added Prof. Tulio de Oliveira, who led the identification of the 501Y.V2 variant. “Expanding our genomics surveillance network to include basic science, immunology and vaccinology in South Africa will allow us to quickly answer some of the most important questions related to the 501Y.V2 and other variants that may emerge in Africa.”