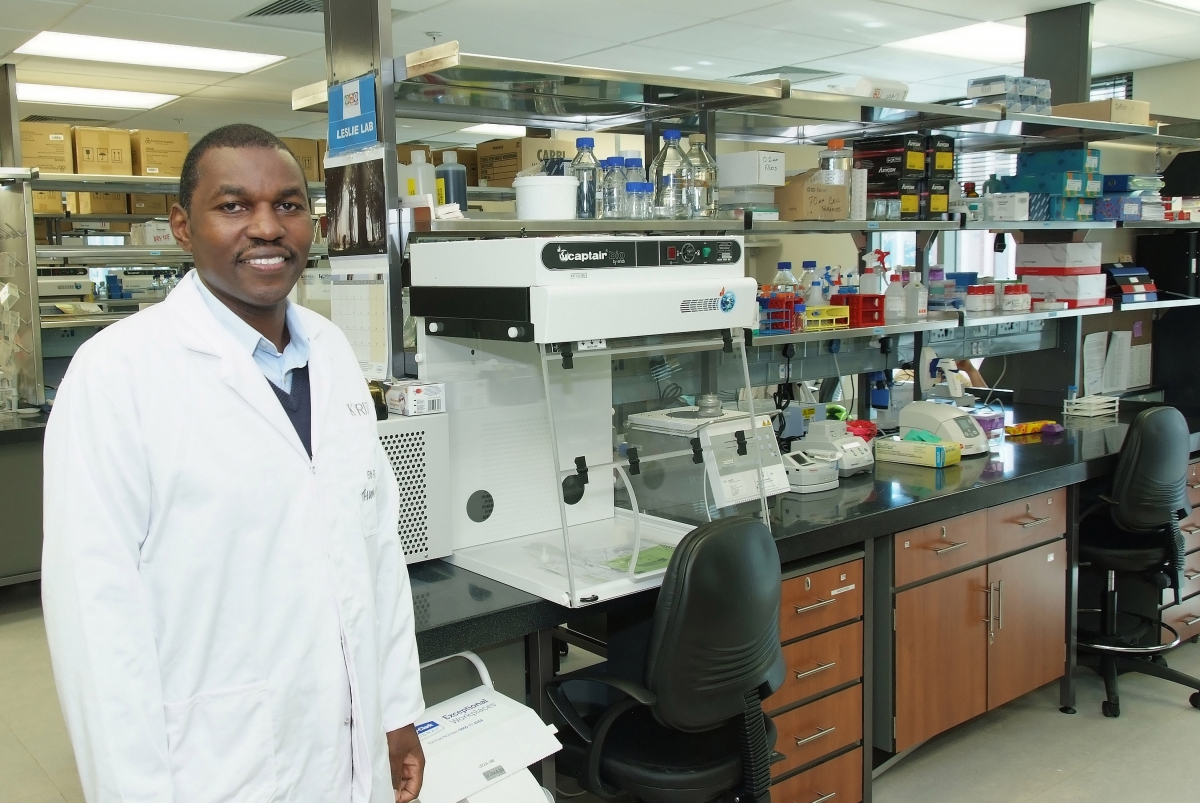 The grant was formalised at an inception meeting in Nairobi, Kenya, on September 10, 2015.

The grant will be used to set up a network of universities and research institutes, called the Sub-Saharan African Network for TB/HIV Research Excellence (SANTHE). The network’s vision is to conduct pioneering research that will improve the health of the population, and develop capacity within the continent through training African researchers and scientists. SANTHE will link 12 partner institutions and four main research sites in South Africa, Botswana, Kenya, Rwanda, Uganda and Zambia and aims to expand over time.

“By working together, we feel that we can really tackle HIV and TB on this continent and also make a lasting impact in the development of the next generation of African scientists,” said Professor Ndung’u.

The award comes via the Wellcome Trust and the UK Department for International Development. Ndung’u is one of seven leading African researchers to receive major funding from the trust’s DELTAS Africa programme, which aims to establish cutting-edge research and training programmes across the continent.

Sub-Saharan Africa is one of the world’s regions most impacted by the HIV and TB co-epidemics but this is not reflected in the scientific effort to tackle the issue. Resource constraints here mean that collaborations have largely been with the United States or Europe rather than ‘south-south’ cooperation within sub-Saharan Africa. SANTHE hopes to change this.

“We are exceptionally well placed in sub-Saharan Africa to make a significant contribution because of our access to large numbers of patients and samples of those directly affected by both diseases. Our research is also necessary as we get to study the actual bugs and strains that are present in Africa and we can then apply the interventions and fine-tune them. Only in working in affected communities can we truly find solutions to public health challenges,” said Professor Ndung’u.

The programme will benefit from existing HIV and TB research programmes and the wider network of expertise present in the region. Training will be inclusive of all career stages, from interns to postdoctoral fellows, and participants will be equipped with research knowledge and skills from all partners involved.

“One of the major missions at K-RITH is an education mission; to serve as a training beacon for future scientists in Africa and South Africa,” said K-RITH Acting Director Dr Dennis McKearin. “The SANTHE project in the DELTAS award fits into that mission perfectly, because it positions us to help mentor a future generation of scientists, to help invigorate science wherever it’s blooming in Africa, and especially in southern Africa. So I am very, very excited that the project is centred here and that we can be a major player in seeing that effort go forward.”

“As an institution that is ranked first in terms of research output, knowledge accumulation and application have become major factors in economic development and are increasingly at the core of South Africa and other African state’s competitive advantage in the global economy. Through the awarded funding that intricately links to the global HIV and TB pandemic, I firmly believe that the work carried out thus far will go a long way in tackling HIV and TB on this continent and also make a lasting impact in the development of the next generation of African scientists,” said Dr Albert van Jaarsveld, UKZN Vice-Chancellor and Principal.