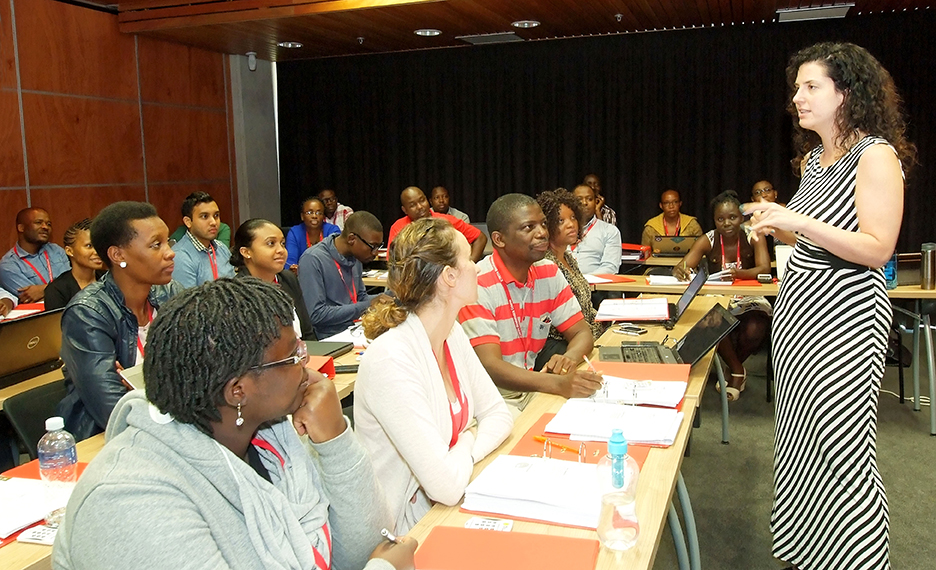 Aimed at the hospital’s nursing staff, the programme consisted of a presentation on K-RITH’s research projects, a series of lectures on basic thoracic surgery, and an update on the mesenchymal stem cell project – presented by Rajh Madansein, acting head of the Thoracic Surgery Unit.

Steyn pointed out that there is actually very little knowledge about human pulmonary tuberculosis, including the extent to which TB drugs penetrate the lung tissue and how we define dormant or latent MTB.

Both Steyn and Leslie gave some concrete examples of how specimens are being used by K-RITH researchers to start answering critical questions around how we respond to TB. Steyn described how they are investigating whether the bioenergetic health of cells in the blood of TB patients could assist in predicting disease activation. Leslie explained how comparing mice and human biological specimens helped to answer important immunological questions – with specific reference to innate lymphoid cells (ILCs) and neutrophils.

Steyn stressed that the relationship between Inkosi Albert Luthuli Central Hospital, King Dinuzulu Hospital Complex and K-RITH offers a unique opportunity to start breaking down some critical barriers to knowledge in the TB field, which need to be resolved in order to design new diagnostics and therapeutics.