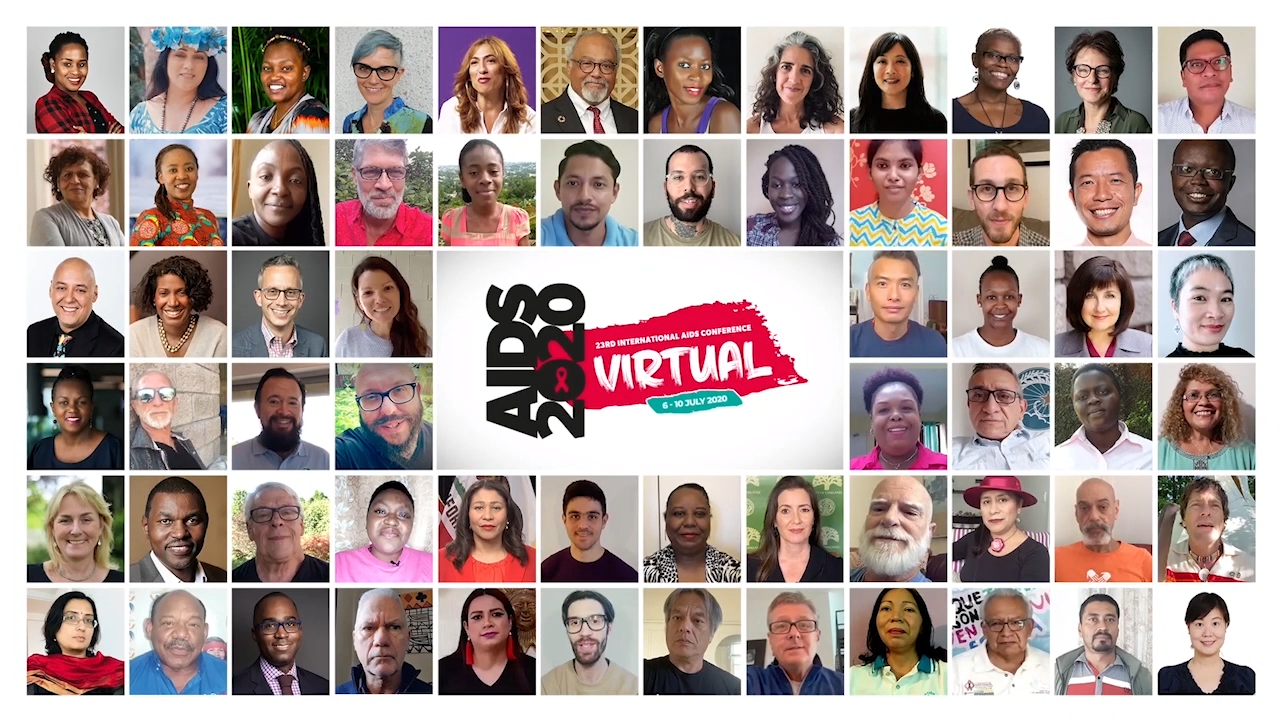 The world’s largest conference on HIV and Aids, The 23rd International Aids Conference, was convened virtually for the first time in its history from 6 to 10 July 2020.

We caught up with Professor Thumbi Ndung’u, Deputy Director at Africa Health Research Institute (AHRI) and one of the conference’s plenary speakers on HIV vaccine and cure strategies, about some of his highlights from the conference.

In this context it is difficult not to mention Covid-19. Do you have any key take-aways from the conference regarding HIV and Covid-19?

The HIV response seems like it has something to learn from the Covid-19 response. The Covid-19 response has been very rapid, very quick; which to me says ‘why can’t we respond in the same way to HIV?’. But I think what has been gratifying to see is that a lot of the Covid-19 approaches are actually gains made from the HIV response. In other words, people are building on what has been learnt from the HIV response. This is a good, positive thing. Many of the scientific platforms, such as vaccines which are being tested now for Covid, have come out of the HIV research field. This shows that investment in HIV has yielded gains well beyond HIV itself. One other thing that was highlighted is that Covid could negatively impact the response to HIV and to TB. There is a need for vigilance, so that the focus on Covid does not occur at the expense of, or disrupt, HIV services. If we are not careful, the Covid response itself could end up hurting the HIV response. Of course, there is also a fear that a lot of the resources currently going towards dealing with the HIV epidemic may be repurposed for Covid-19. This is despite the fact that resources for HIV have stagnated or have been declining in the recent past. Overall, it is important that public health responses to other diseases are maintained.

What are your three highlights from the conference?

The final results of the HIV Prevention Trials Network (HPTN) 083 study show that a long-acting antiretroviral drug, cabotegravir, given as an injection every two months, is much more effective in preventing HIV infection than the standard pre-exposure prophylaxis (PrEP) drug – Truvada – a pill which needs be taken daily. The results show there were significantly fewer HIV infections in the cabotegravir group (13 infections) than the Truvada arm (39 infections) of the study – which corresponds to a 66% reduction in HIV infections in those given the injectable. In short: the injectable drug works much better at HIV prevention. The trial enrolled 4,570 cisgender men and transgender women who have sex with men at 43 sites around the world – including South Africa. There is currently another trial underway in southern Africa – testing if the injection is more effective than Truvada for cisgender women. Results for this trial are expected later this year. Daily adherence to PrEP in its current form has been problematic, especially in African settings, so this is a potential game-changer for HIV prevention.

The other study which I was excited about relates to an apparent HIV cure or long-term remission. The work relates to a patient who was diagnosed with HIV in 2012, and started antiretroviral therapy (ART) two months later. In 2016, they joined a clinical trial where they received the standard three-drug regime, as well as an additional regime for 48 weeks. The additional drugs were dolutegravir, maraviroc and nicotinamide. The person stopped taking ART in March 2019, and the researchers have been unable to detect the virus since – which suggests the person might have been cured.

Even when someone is on ART, they continue to have an antibody response in general, because the virus doesn’t completely go away. What is interesting in this case is that the person’s antibody response actually declined, which suggests there is very little HIV circulating in this individual. The researchers weren’t able to detect HIV itself. It is one person, so we need to be very cautious. However, this idea that you can start ART early and intensify treatment particularly with what we call ‘latency reversal’ drugs – drugs to stimulate the latently infected cells – and that this can lead to long-term remission or cure of HIV seems like a viable approach. It is certainly intriguing and will be interesting to watch to see if it is something that other people can reproduce.

We have had functional cures before with the so-called ‘Berlin Patient’ and ‘London Patient’. The problem with these approaches is that they involved very dangerous and very expensive treatments involving bone marrow transplants, which are not likely to become standard treatments for others. This new report suggests a treatment that could be applied widely to many people – it is a kind of generalisable treatment.

Full disclosure – I am a bit biased with this final one because I have been involved in the development of a ‘target product profile’ for HIV cure and it relates to my area of research. In terms of HIV cure, one of the things that has been lacking is the development of what we call a ‘target product profile’ (TPP). This is like a document which guides researchers to say what we are trying to achieve collectively as scientists for an HIV cure. For example, would something that only works for six months be good enough? A group of scientists has come together and put together a TPP for HIV cure, which I think is a significant milestone to guide the development of HIV cure strategies which are relevant to low- and middle-income countries. This was discussed in one of the satellite sessions at the conference. It is not necessarily a scientific advance, but it is an important milestone and ‘north star’ for the field in general – because it provides a document which will guide scientists to try and align their strategies for developing these kinds of interventions going forward.

Listen below to SAFM’s Mandla Shongwe interview with Prof Ndung’u about the overall health challenges currently faced by the South Africa and Africa and the importance of being optimistic about an HIV vaccine while not raising false hope. In the interview they also look at the challenges this has created, the impacts Covid -19 has had on HIV research and the future of research in the continent.