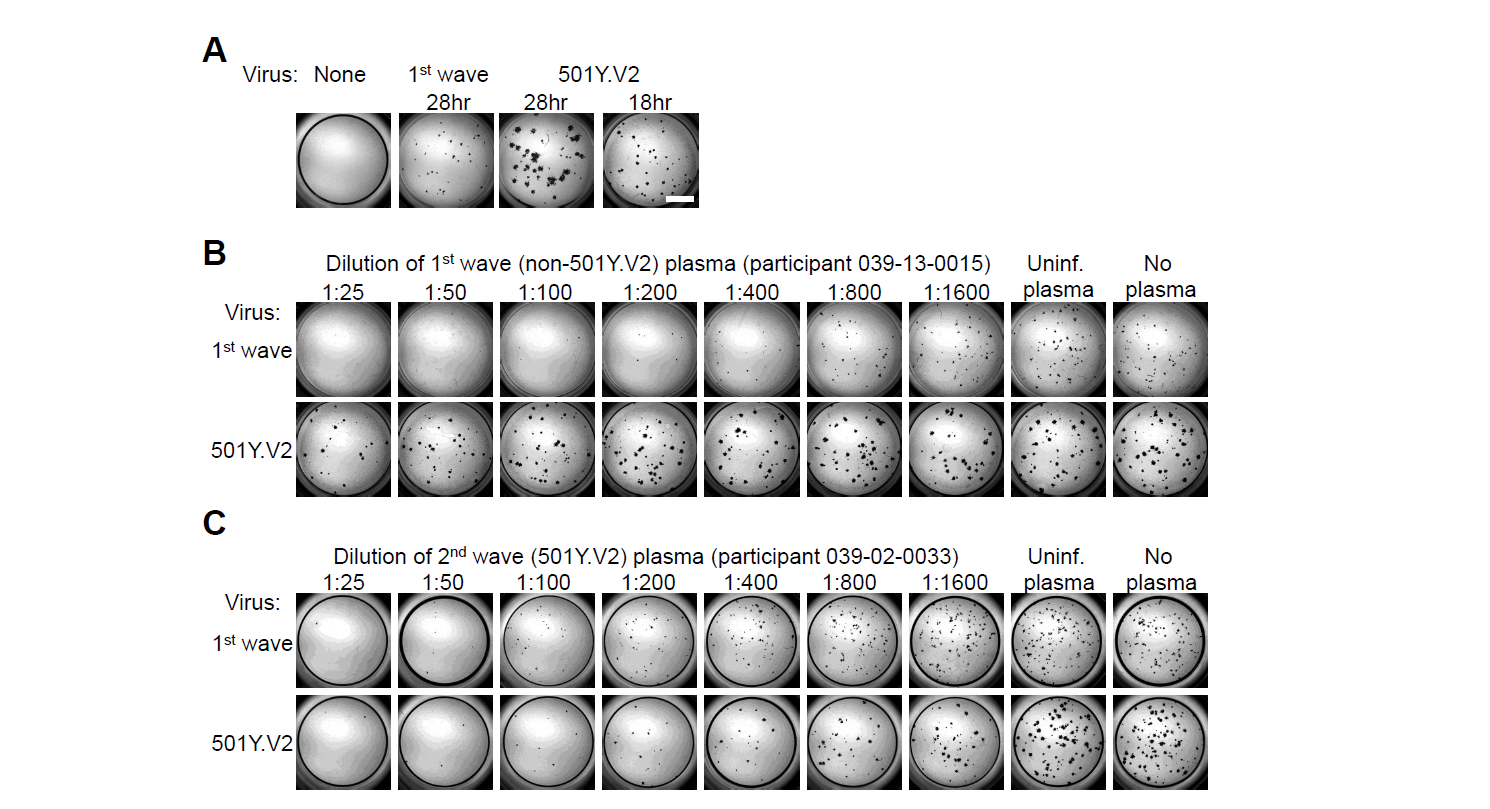 In a glimmer of hope in the race to outsmart the Covid-19 501Y.V2 variant, scientists in South Africa have shown that antibodies produced from infection with 501Y.V2 can protect against other circulating variants.

The research, led by the Africa Health Research Institute’s Dr Alex Sigal and Sandile Cele, a PhD student in Sigal’s group, is published today in the scientific journal Nature.

The findings have important implications for future vaccine design.

The research team was the first to isolate the 501.YV2 variant as a live virus, and in early 2021 they demonstrated, in a laboratory setting, that 501Y.V2 can escape antibodies generated from infection with previous variants. These results were later backed by vaccine trials as well as work on vaccine elicited antibodies by the Sigal group, which showed that some vaccines have reduced efficacy against 501Y.V2. This ultimately led to the South African government putting the roll-out of the AstraZeneca vaccine on hold in the country.

This means that the immunity that the variant produces is back-compatible, or effectively neutralises, older circulating variants of Covid-19, and is the first evidence that a vaccine designed specifically for 501Y.V2 could protect against other circulating Covid-19 variants. This research shows similar trends to recent work done by the National Institute of Communicable Diseases’ Penny Moore.

“This collectively suggests that there is a possibility we could get a vaccine which is broadly effective against all circulating variants. It would just need to be designed for current variants; perhaps 501Y.V2,” said Sigal.

His group’s next steps include understanding vaccine efficacy among healthcare workers enrolled in the current Johnson & Johnson vaccine trial in KwaZulu-Natal.