Beta and Delta variants can escape each other’s antibodies 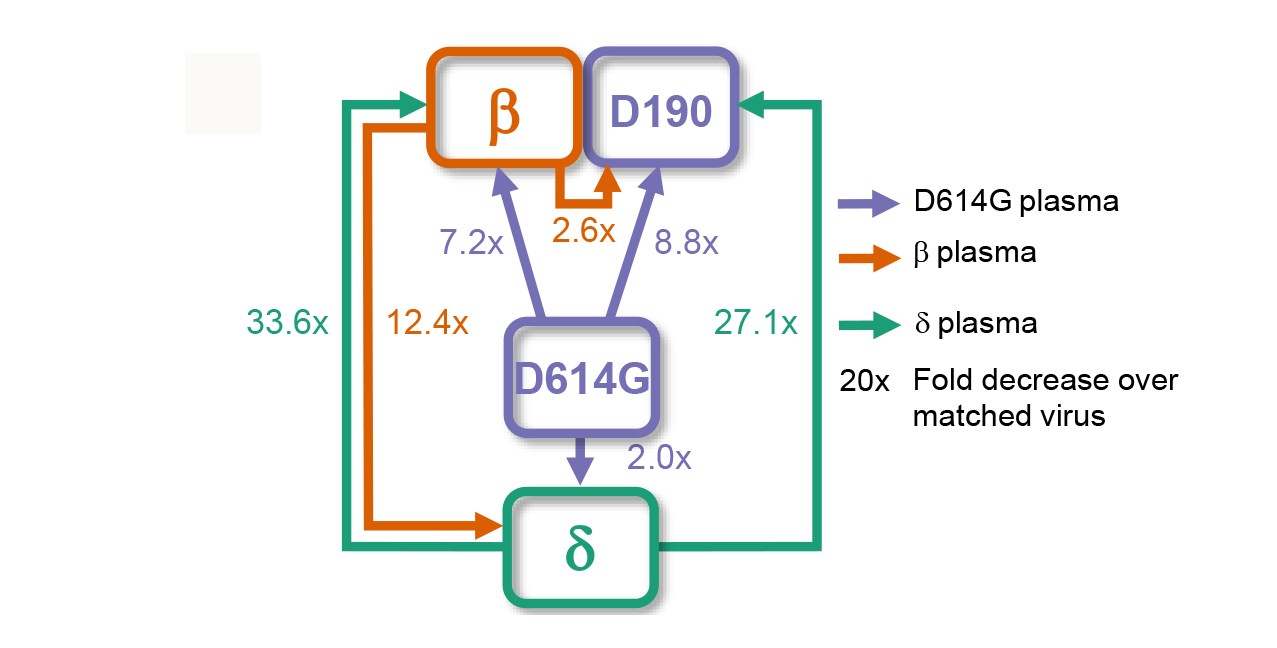 Research from the Africa Health Research Institute (AHRI) systematically mapping the evolution of antibody responses to SARS-CoV-2 variants has for the first time revealed large immunological differences between two major variants of concern, Beta and Delta. While the original circulating viruses and variants are all different from each other in their genome sequence, in this paper Beta and Delta were termed ‘serological phenotypes’ because a large divergence was measured in terms of the different antibody immune responses.

The work, led by Professor Alex Sigal and Sandile Cele, a PhD student in his group, in Durban, South Africa is published as a preprint on medRxiv.

They also tested a virus which evolved from an ancestral virus in a person with advanced HIV, who could not clear the SARS-CoV-2 infection for six months.

Sigal explains: “What our results show is that the Beta and Delta variants are serologically far apart; much further than each is from the ancestral virus.”

The research team also showed that the immune response to the evolved virus from the participant with immunosuppression is close to Beta and very different from Delta.

“Beta is an escape variant, so this makes sense: it likely evolved to escape antibodies within this infected patient,” said Prof Sigal. “It is tempting to design vaccines specifically to the Delta variant, since it is so dominant now. But, according to these results, if you do that, you may open the door to the other variants, like Beta.”

“These data confirm that not all SARS-CoV-2 variants trigger identical immune responses, and shows for the first time that Beta and Delta have very different immunological profiles. We need to better understand these differences to design vaccines able to block all strains of SARS-CoV-2,” said paper co-author, Professor Penny Moore, from the National Institute of Communicable Diseases (NICD).