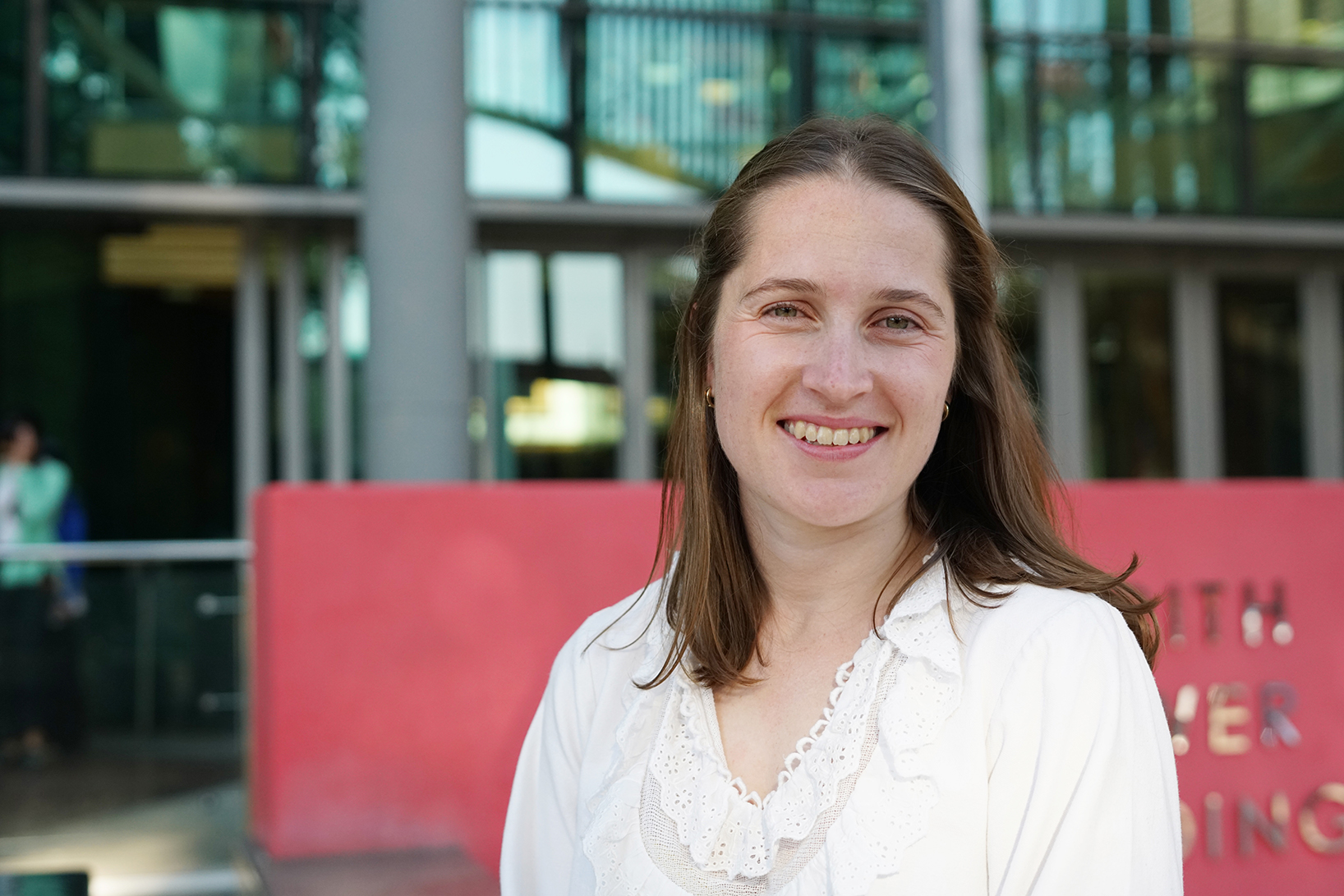 AHRI student Isabella Ferreira has been awarded an astounding grade of 96% percent for her Masters project.

Supervised by AHRI Faculty Member Dr Alex Sigal, Isabella’s research was aimed at understanding why people are not cured of HIV when they take antiretroviral therapy. Her work was specifically focussed on identifying the cellular HIV reservoir in lymph nodes. It’s hoped that a better understanding of the cellular HIV reservoir will, in time, help scientists to target them to either kill the cells – or to reactivate the virus in order for the immune system to clear it.

“I was really shocked when I received my results because I was aiming for 75% or so,” said Isabella. “However now I do realise that I spent the past six months working really hard on my thesis, perfecting things and putting a lot of effort into it. I had a project that I was excited about and so I felt that by the time it came to the writing I was very comfortable with the project and I knew a lot of the literature.”

“Isabella’s project was at the cutting edge of HIV cure research – determining which cells HIV hides in, in the face of therapy. Isabella carried out this work brilliantly, and we are all looking forward to the publication of the results,” said Dr Sigal.

Isabella will graduate from UKZN in September 2019, and will then embark on a PhD in AHRI Faculty Member Prof Ravi Gupta’s lab at the University of Cambridge. She has won a Gates Cambridge scholarship which will enable her to continue her work on the HIV reservoir, building on her Masters project.

“I’m both excited and nervous about the road ahead,” said Isabella. “I’ve had really great support and guidance from AHRI and SANTHE, which makes everything that much easier.”