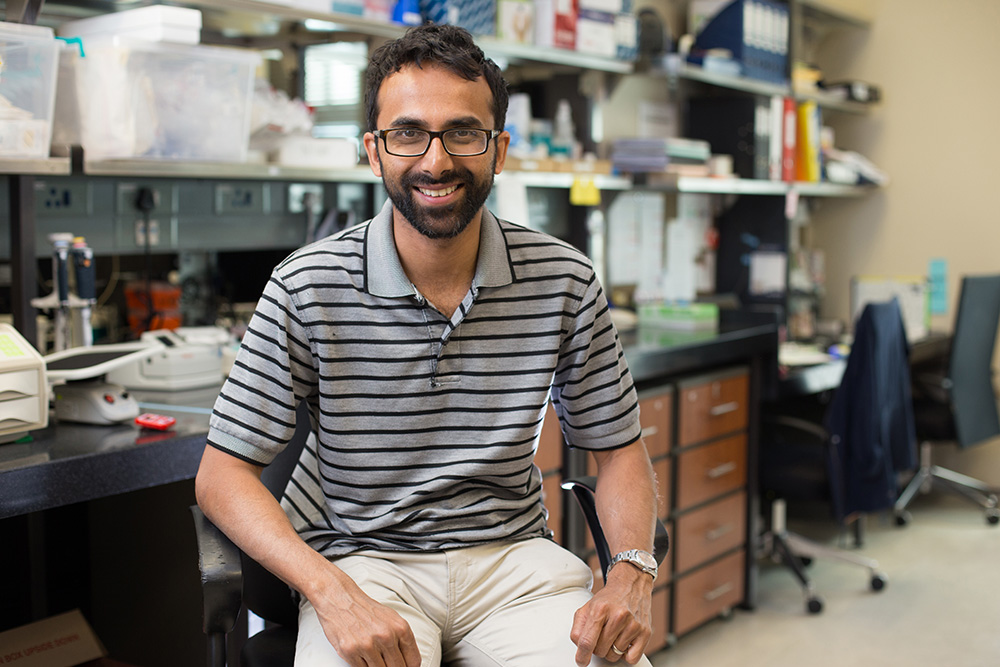 TIME has named Africa Health Research Institute (AHRI) Faculty Member Professor Ravindra (Ravi) Gupta to the 2020 TIME100, its annual list of the 100 most influential people in the world.

Prof Gupta was honoured for his work leading the team that cured the ‘London Patient’ of HIV; the second person in the world to be cured of HIV infection. Adam Castillejo, who revealed his identity earlier this year, was cured of HIV following a bone marrow transplant in 2016 to treat a life-threatening blood cancer. Castillejo received stem cells from a donor with the CCR5 genetic mutation, which prevents HIV from taking hold. This technique was first used to cure the ‘Berlin Patient’, Timothy Ray Brown, of HIV in 2009.

Following the transplant, Castillejo was taken off antiretroviral therapy (ART) and remained HIV-negative. The breakthrough was published in 2019 in the scientific journal Nature – though at that point scientists still termed it ‘long-term HIV remission’ rather than cure. Then earlier this year, Prof Gupta confirmed in a Lancet HIV article that Castillejo had been cured of HIV: he still had no trace of HIV in his blood after over 30 months of not taking ART. While a high-risk and expensive transplant is not an appropriate treatment for most people living with HIV, the research offers an important scientific advance and hope for cure strategies.

“I am delighted by the honour of being part of this distinguished list of individuals,” said Dr Gupta. “At a time of global turmoil it is more important than ever to celebrate and encourage people from all walks of life and across borders to work for the collective good.”

At AHRI, Prof Gupta’s work is focussed on understanding the genetic and biological properties of drug resistant HIV in South Africa, where it is estimated that 10% or more patients experience treatment failure. His work brings together the multiple strands of his ongoing research to address critically important consequences of global access to ART. In addition to his AHRI Faculty position, he is Professor of Clinical Microbiology at the Cambridge Institute for Therapeutic Immunology and Infectious Diseases, University of Cambridge.

The full TIME100 list and related tributes appear in the October 5, 2020 issue of TIME, available on newsstands on Friday, September 25, and now at time.com/time100.

The list, now in its 17th year, recognizes the activism, innovation and achievement of the world’s most influential individuals.