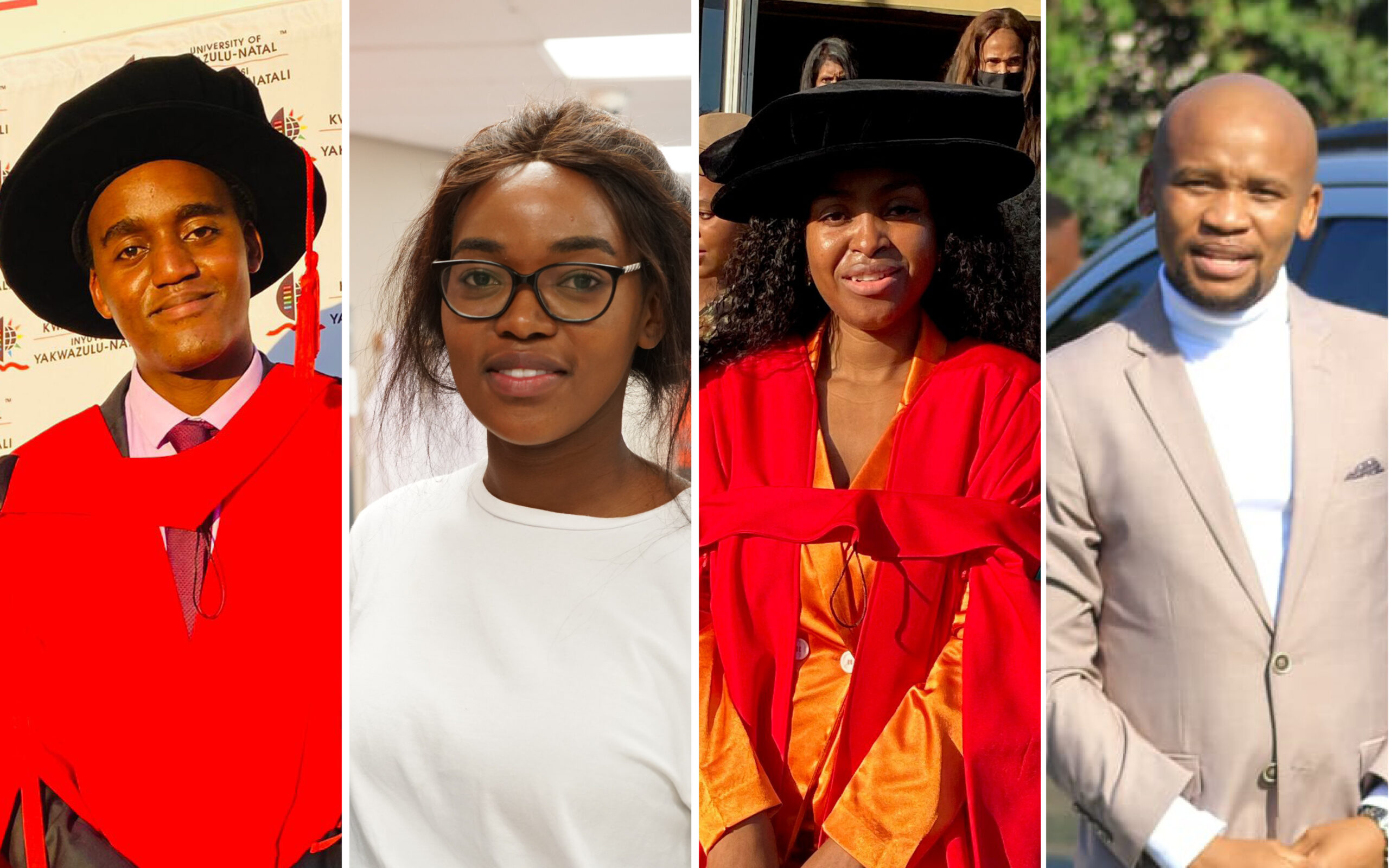 Lymph nodes are one of the major reservoirs of HIV and sites of active viral replication. However, this is a neglected topic in the field mainly due to limited access to human lymph node samples. Through a unique partnership between AHRI, surgeons, and patient donors at Durban hospitals, AHRI has access to lymph node samples for research – which enabled this work. Using a combination of flow cytometry, multi-colour immunofluorescence imaging, RNA-Seq, and ATAC-Seq techniques, Bongiwe found that TFR cells are important regulators of the humoral immune response and could be interesting targets for therapeutic manipulation for an HIV cure. She also identified two novel phenotypic biomarkers of the TFR cells.

“Data generated during my PhD work will go a long way in furthering our understanding of TFR cells’ biology in HIV pathogenesis and may inform the design of novel cure strategies, particularly for populations heavily burdened with HIV,” she said.

Dr Ian Mbano’s project involved studying human lung tissue from TB patients, with the aim of understanding what role the different cells found in the lung play in establishing cavitation and fibrosis. Supervised by AHRI faculty member Dr Al Leslie, Ian’s research made use of single cell RNA sequencing and showed that tissue resident cells (endothelial, epithelial, fibroblasts) together with immune cells (macrophages, neutrophils) play a role in the cavitation and fibrosis observed in TB patients. Understanding how cavitation and fibrosis are established is critical for us to tailor treatments, which could range from strategies for killing harmful bacteria to stopping the human host from immune induced self-damage.

Ian has just begun a postdoctoral fellowship, co-supervised by Prof Douglas Kwon from the Ragon Institute of MGH, MIT and Harvard and AHRI’s director for basic and translational science, Prof Thumbi Ndung’u. He will be working on a project which follows the efficacy of a live biotherapeutic intervention in seeding Lactobacillus crispatus in the female genital tract, which has been associated with reduced inflammation and acquisition of sexually transmitted infections.

Sandile led the studies that were the first to isolate and characterise the live Beta variant and the first in the world to report the immune escape of the Omicron variant. He additionally led the study that describes how variants can evolve in Sub-Saharan Africa. Earlier in 2022 Sandile received a special recognition award from the Minister for Public Service and Administration, Ayanda Dlodlo, at the 7th National Batho Pele Excellence Awards for his contributions to Covid-19 research.

Yenzekile Zungu’s Master’s project focused on exploring the frequency of Innate lymphoid cells (ILC1, 2 and 3) in tissue including tonsils, lymph, and lymph node, as well as blood. Supervised by AHRI faculty member Dr Henrik Kløverpris, she also looked at ILCs in HIV positive and negative tissue samples – and at the distribution of tissue resident markers such as CD69 and CD103+ within these tissue samples. Single cell sequencing was also done on sorted ILCs to assess transcriptional differences.

Innate lymphoid cells in human tissue are not widely explored, mainly due to the difficulty of getting samples and because they make up such a small number of the overall cell population. “It was important to do this research in order to get more insight into the distribution of ILCs in tissue. Advances like single cell sequencing further help us to understand ILCs at a single-cell level thus providing a higher resolution of cellular differences and potentially understanding the function of individual ILCs. This information could potentially help expand our understanding of the impact of HIV on ILCs,” said Yenzekile.