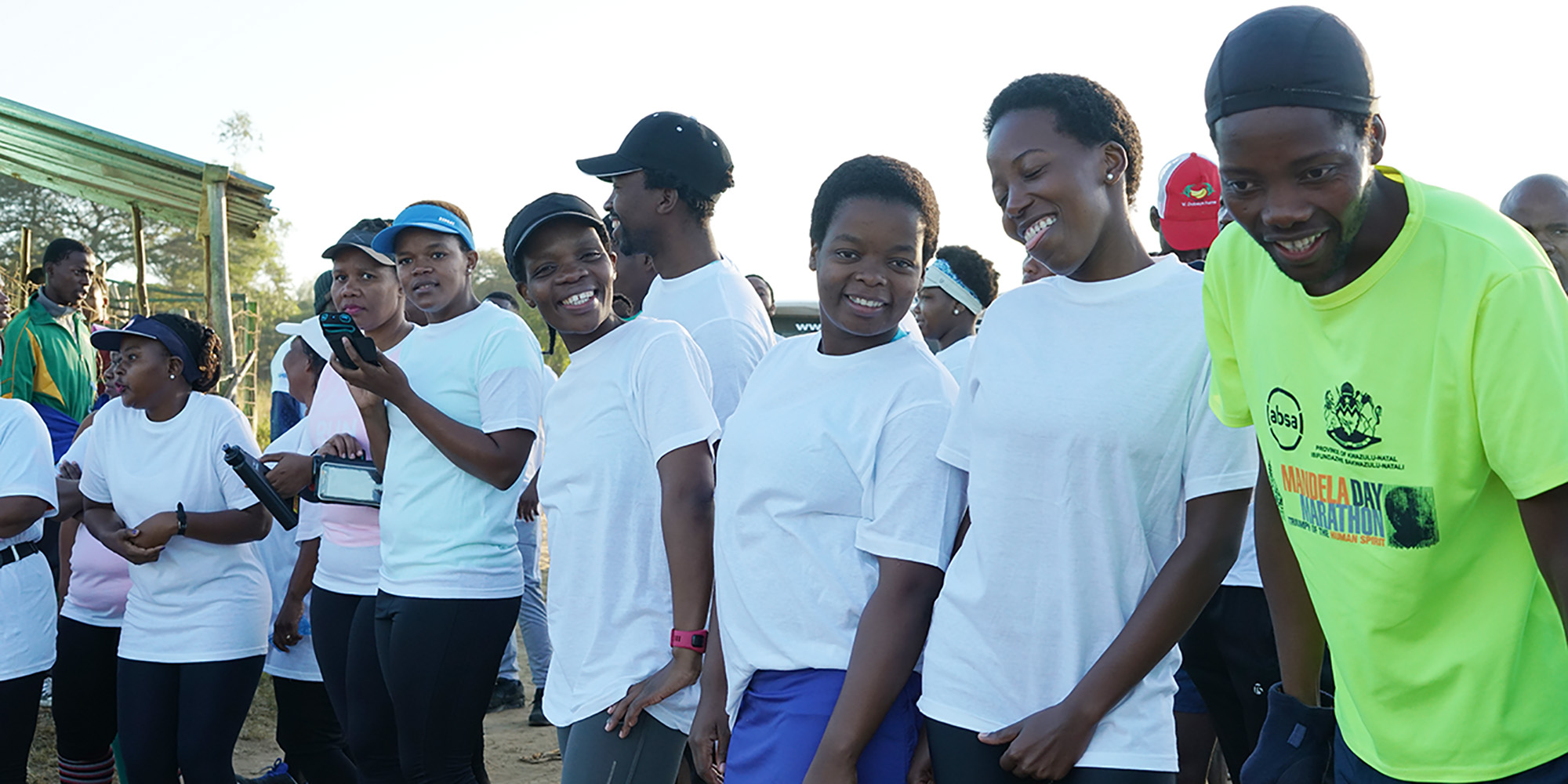 On June 1, 2019 Africa Health Research Institute (AHRI) hosted a 5km and 10km Fun Run and Walk in the Mfekayi area in northern KwaZulu-Natal.

Mfekayi is one of the areas where AHRI conducts population-level health surveillance and intervention research.

Called ‘Iyonayona’ (‘This is the one’), the fun run and walk was an initiative by AHRI to encourage communities to embrace exercise as part of a healthy lifestyle.
Around 150 community members and AHRI staff came to show their support on the day, participating as runners and volunteers. The race started at eMchakweni, close to eMchakweni High School, and ended at the popular Zamimpilo Market. 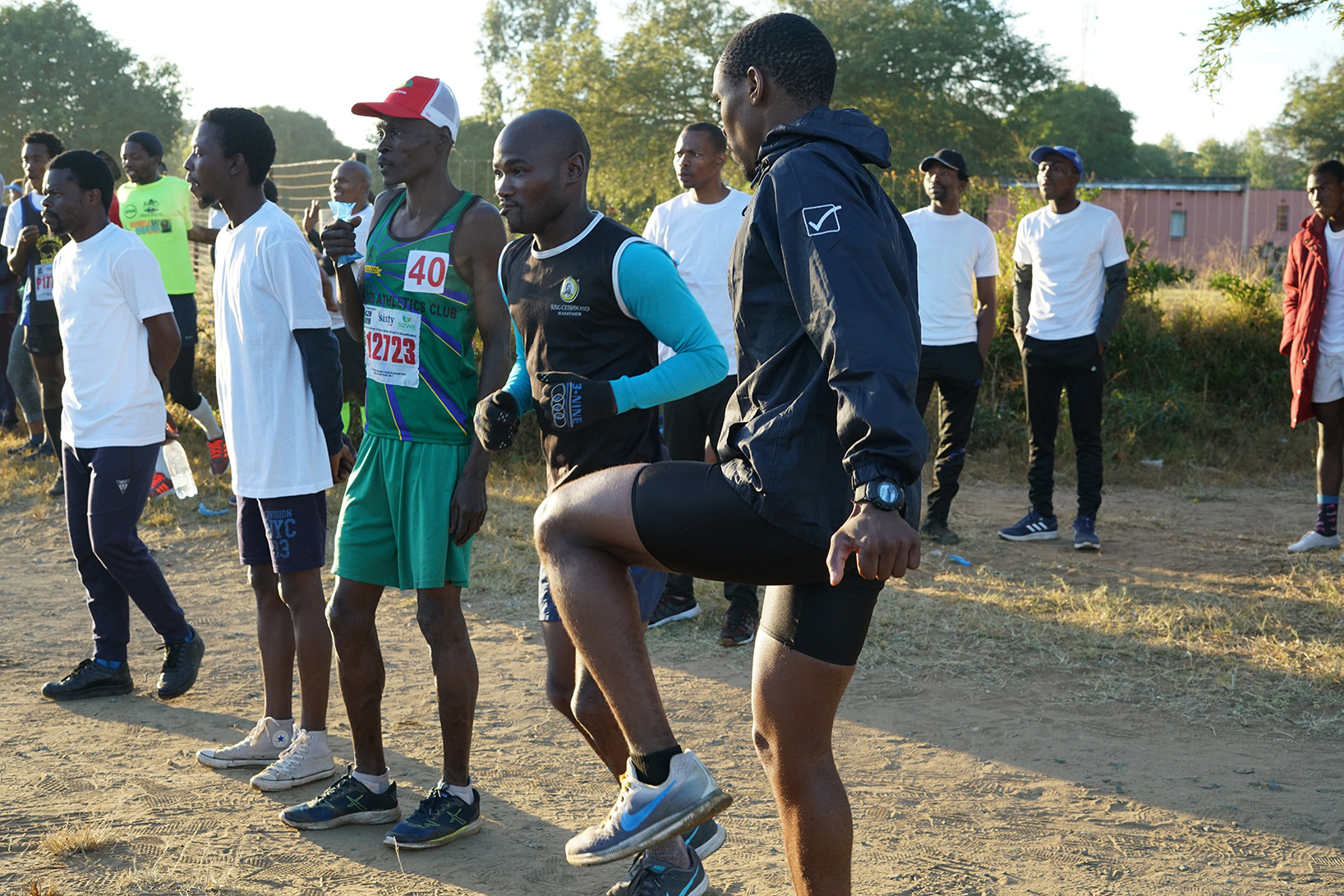 Runners warming up before the start of the race near eMchakweni High School.

Mtubatuba Local Municipality Mayor Cllr Velangenkosi Gumede, who pulled the starting gun for the race and was also part of the prize-giving ceremony, encouraged community members to consider making even minor changes in their lives to stay healthy. He proposed people ask the taxi to drop them a few meters away from their stop, so they walk more; using the stairs instead of the elevator; and being mindful of what they eat.

AHRI Head of Public Engagement, Nomathamsanqa Majozi, says that an event like this is also AHRI’s way of giving back to the communities who are critical to the success of AHRI’s research.

“Without the community the work we do would not be possible. Today is not only about health but also about giving back. Part of our mandate as public engagement at AHRI is to engage with the public and consistently strive for a mutually beneficial relationship with all communities where we operate.” 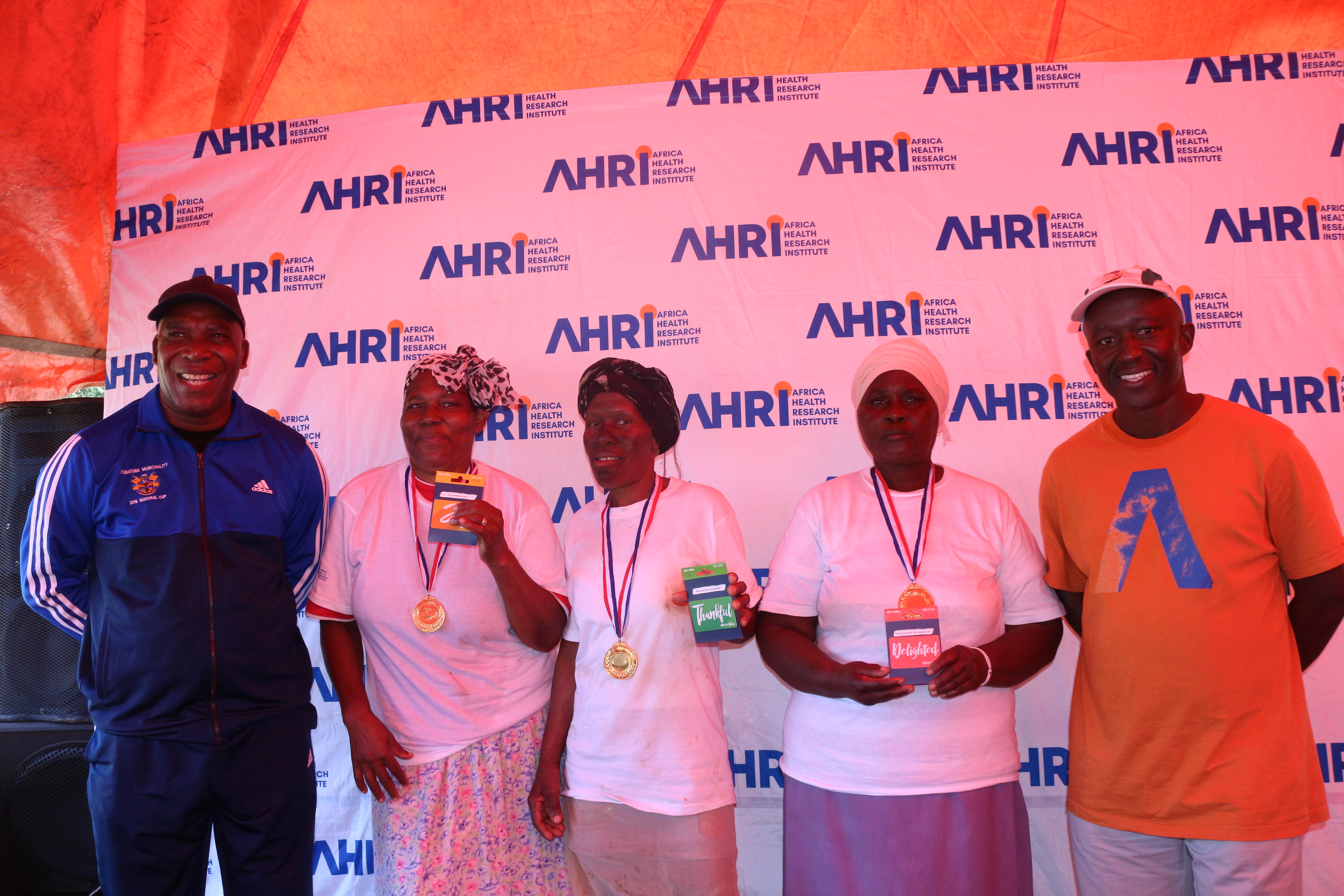 Results of the race were: