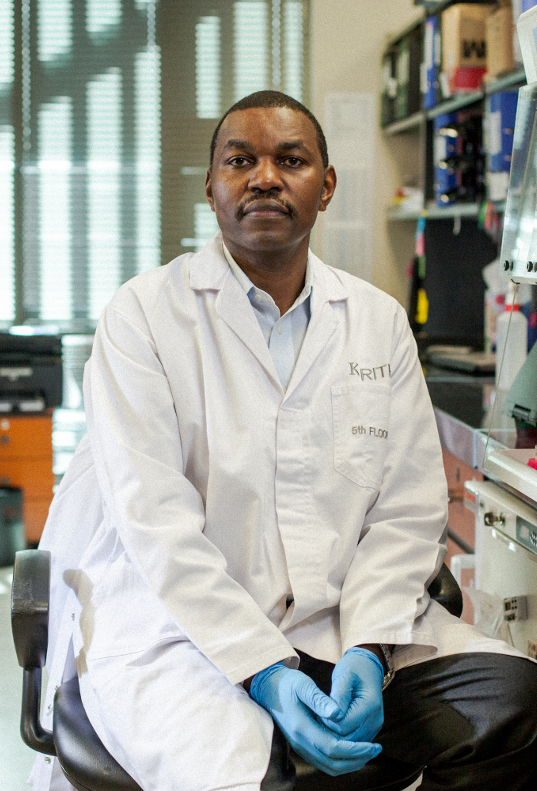 The award is one of 10 that the SAMRC is funding in South Africa, which will see the establishment of TB and HIV Collaborating Centres. The SAMRC says the awards were motivated by their realisation that enhanced national cooperative biomedical research will benefit the country in addressing the devastating co-epidemics of TB and HIV.

Steyn’s project, called the Centre for Basic and Translational Human TB Research, is a collaboration with his K-RITH colleague, Alex Pym, the University of Pretoria, Little Company of Mary Hospital and the South African Nuclear Energy Corporation SOC Limited.

Steyn explains that the unique ability of M.tb to persist in millions of people in a dormant, drug-resistant state, sometimes reactivating to cause active TB disease decades after the primary infection, has confounded scientists for decades.

Since most human TB studies are limited to histological or fixed tissue examinations, a consequence of this scarcity of human lung tissue is the lack of even rudimentary knowledge on the overall cellular environment of human pulmonary TB, which has led to difficulties in formulating new, testable hypotheses.

The long-term goal of Steyn’s collaborative project is to understand how M.tb triggers a localised immune response leading to disease or latency, reactivation and death of the host, and how this knowledge can be manipulated for therapeutic and prophylactic purposes.